This docu film goes behind the scenes of the man whose effervescent laughter and jokes hid dark despair. 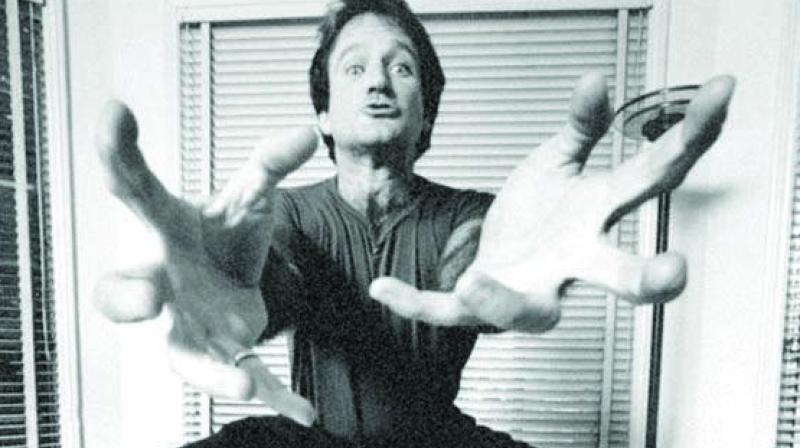 MUST-WATCH: Despite the rating, I honestly believe that it is. Not so much for the actual film itself, but more for where it's going to lead you once you're done watching it.

This documentary film should have had a different name. Something that meant “a brief glimpse into the life of a legend.” Although, the name — Robin Williams: Come Inside My Mind — could have been a successful and painfully long TV series.

Almost every person born in the 60s, 70s, 80s or even in the early 90s has watched Robin Williams on TV. For most (Indians), it was either Jumanji, Mrs Doubtfire or for some; Mork & Mindy. Almost every one of these people (myself included), had never known the dark side of Williams’ life because it wasn’t televised. Granted, access to the Internet changed much of that, but for the most part, the mention of his name was enough for someone in the group to say, “That guy has got to be the funniest man alive,” and not, “Do you know the dark side of his life?”

But a dark side it is. Painful attempts and subsequent failures at slowing down a brilliant but hyperactive mind, a constant need for appreciation and validation, and marriages that kept falling apart. Billy Crystal’s compassionate yet objective recollections of his time with Robin and footage of interviews with his ex-wives, colleagues, producers, filmmakers and people in the industry make for compelling viewing, and a deep sense of appreciation. The man was truly a legend, and he stuck to the dogma; to be a legend, one must wake up every morning and do stuff. He had no choice in the matter, actually. Prior to being diagnosed with Parkinson’s in the last few years of his life, Williams’ suffered from an excessive imagination that made us laugh, all the while feeding his habit. An addiction that was fuelled by recognition, which had him doing stuff all the time. More and more stuff. New stuff. Evolving with what people want, and not so much with what was inside.

Low self-worth is a term most today are familiar with, and have begun to deal with in healthier ways, but it was usually dealt with drugs and alcohol in the past. Robin Williams’ troubles may as well have been termed as “addiction issues.” Yes, the TV series gets ‘painfully long’ from here. Anyway, my point being; don’t try to make a 1 hour 45 minute movie on a topic that needs several episodes, or even chapters. But it is what it is.

It is heart-warming though. The end is heart-wrenching, but the rest of it brings a smile to your face. It is a great feeling that his brilliance touched your life in some way.

Another fact that most may not know, is that he was also an active philanthropist who helped raise millions in charity, and encouraged countless others to do so too. This film is an eye opener that will definitely have you looking up a few names, references and finally; ‘ways to help’, online, as soon as the credits start rolling. And for this, I give it an extra point. Props to the filmmakers on this.