Stardom comes at a heavy price

Filmmaker Sajid Khan, who is busy directing his upcoming movie Housefull 4, thinks that in today’s world, stress is unavoidable. 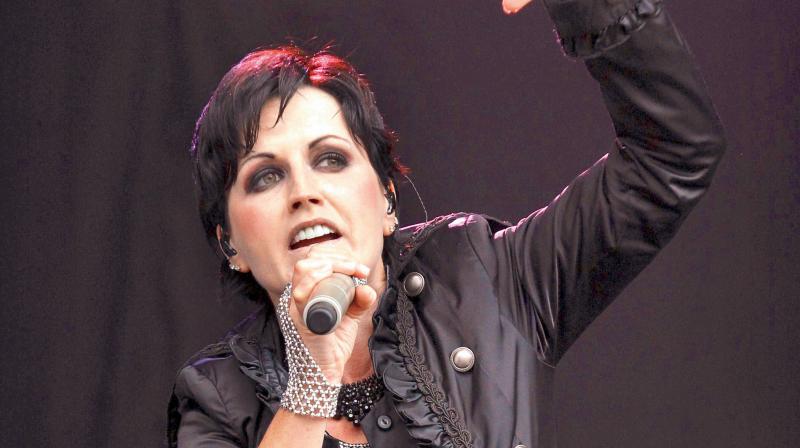 The words fame and stress are two sides of the same coin; while nothing can pull the strain away in a jiffy, one must learn how to tame it, feel celebrities.

The death of rock band The Cranberries’ lead vocalist Dolores O’Riordan has left the world appalled and in much grief. The 46-year-old Irish singer was put up in a hotel in central London, when on Monday, January 15, she was found unresponsive in her room. Reportedly, the singer was under extreme pressure, which got to her health.

After tasting paramount success in their initial days, The Cranberries split in 2003. This edged the singer towards other music projects, but those couldn’t fetch the same outcome. In fact, in one of the interviews Dolores gave in 2012, she said, “Anyone who gets famous so quickly and so young, you’re bound to be a bit of a casualty in some fashion. You go through life, and then you realise you only live once, and that there are some things you might have lost or given away when you were young, so you go back to find them.”

Ranbir Kapoor recently spoke about how a single flop can change the game in Bollywood.

Although many find the life of an actor, filmmaker or musician very glamorous, the stress which tags along with the job is enormous. Each success or hit raises the creative bar for the artiste and increases the expectations of the fans. And meeting those could be very difficult at times. Even closer home, we see celebrities struggling very hard to deliver hit after hit. Stars, whose movies haven’t been able to excel at the box office, toil hard to make sure their upcoming project is successful, lest they be called a non-performer.

But what causes the stress? “Reaching the top in any field is easier than staying at the top. This is because the expectations from oneself and even the others are higher. Any successful person faces ‘performance pressure’ as they very often are given targets that are unrealistic and grandiose. In addition to the stress, the human aspect of exhaustion, both physical and psychological, is overlooked,” explains Anna Chandy, Chairperson, Live Love Laugh Foundation, who helped actress Deepika Padukone during her battle with depression.

Anna further explains that people who are on the top and in the public eye should manage their success and the associated power by acknowledging that it is not permanent.

Actors like Ranbir Kapoor, Kangana Ranaut and Vidya Balan, too, are strained as their recent movies didn’t exactly bring in good business. In a recent podcast with AIB, Ranbir spoke about how when an actor delivers consecutive hits, he or she is surrounded by many people and loaded with offers, but a single flop can change the game for even a big superstar. Even actress Vidya Balan, who has won multiple awards for her performances, was visibly relieved after the success of Tumhari Sulu, as her previous movie Begum Jaan was a box office disaster.

Filmmaker Sajid Khan, who is busy directing his upcoming movie Housefull 4, thinks that in today’s world, stress is unavoidable. “I think it’s a way of life and it’s not just restricted to the creative field. Stress is not going to leave you, you have to eventually get used to it. Also, thinking that you would be successful every time and in whatever you do, is foolhardy,” says Sajid and jokingly adds, “I have seen more brickbats in my life than bouquets. So I think I will start stressing if people start complimenting me and my work more often than slamming it.”

The tragic deaths of music legends like Robin Williams, Chester Bennington and Chris Cornell in the past few years also point towards the vast pressure celebs deal with. Psychologist Dr Baijesh Ramesh feels that it is okay to feel stressed, but what is crucial is to bounce back. “Celebrities and performers feel tremendous pressure after any huge hit because they have already created a benchmark and that leads to a lot of expectations. Once they are in the limelight, the next fear is that they may lose the attention. However, things like taking a vacation, spending time with family, friends or a pet, pursuing some hobbies, taking good care of health, etc. can help.”

While many famous people learn to deal with the stress, there are others who believe that one shouldn’t care so much about what is not in their hands. Actress Rakul Preet Singh, who has had a fair share of hits and flops explains, “Stress comes when you start looking at the results. When you cannot decide the fate of something you have worked on, it’s better to enjoy the process of making it than stressing over it. I concentrate on enjoying the journey.”