Elder Lalaram who born in November 1980 in Delhi and right after two years, his younger sibling, Tekram was born in September 1982. 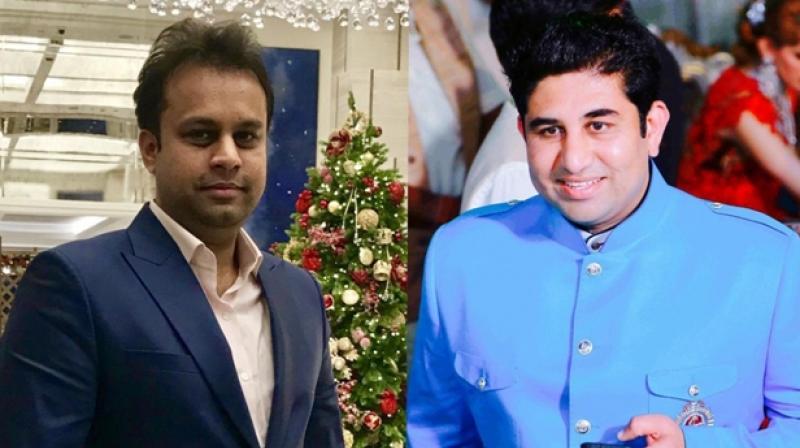 The two visionary brothers are leaving a new watermark for what it means to have a strong geopolitical relations. And they are going strong day by day!

Elder Lalaram who born in November 1980 in Delhi and right after two years, his younger sibling, Tekram was born in September 1982. In today's date, the two brothers have emerged as wonder brothers for obvious reasons.

Yes, we are talking of Lalaram and Tekram, who are owners of the company named Ramji Group.

But like any great thinker and visionary, their parents understood the importance of education and hence Lalaram was sent to Leeds University (UK) in 2002 For MBA. And other brother Tekram went to Cardiff University (UK) for MBA In the year 2004.

They returned to India with new ideas, dreams, a sound education & an outlook to take the business in to the next level. With their foresight, Lalaram and Tekram ventured in Hydro carbons & started a new venture. But the wonder did not end there, they saw new opportunities and hence started their other big ventures in Trading of Chemicals and Fertilisers that gives a glimpse of farsightedness qualities of Lalaram and Tekram, also known as the wonder brothers.

Both believe that whole world is a platform to work and they enjoy & use the strong close relations with the government, royal families and big business houses, as they grow their foot prints in India CIS Countries & Middle East. Setting up a big business and making them successful is not the only a great quality but being true to their roots and having respect for the traditions, virtues & values taught by their father. Both extend their helping hands for a lot of charity work with different organizations.

As told earlier, they are close-knit with various influential families and biggies outside as well as inside India. Their relations with the royal families from Middle East and the governments of CIS countries enabled them to mint superlative business. It also helped them in backing up for making credible investments by getting exclusive rights for in the fields of mining & exploration of Silver, LNG etc.

Well, it is just the start we can say!

Lalaram is a social butterfly as he is very active on Instagram and Facebook- always with some influencing posts & stories, whereas Tekram maintains a distance from social media as he feels it's not his cup of tea.

A lot of us view the concept of “sibling partnership” as two fighting for the last cookie in the cookie jar . But these siblings are taking it a step further as they work together with each other.