Artist and filmmaker Gautam Benegal was temporarily banned from Facebook for sharing an article. 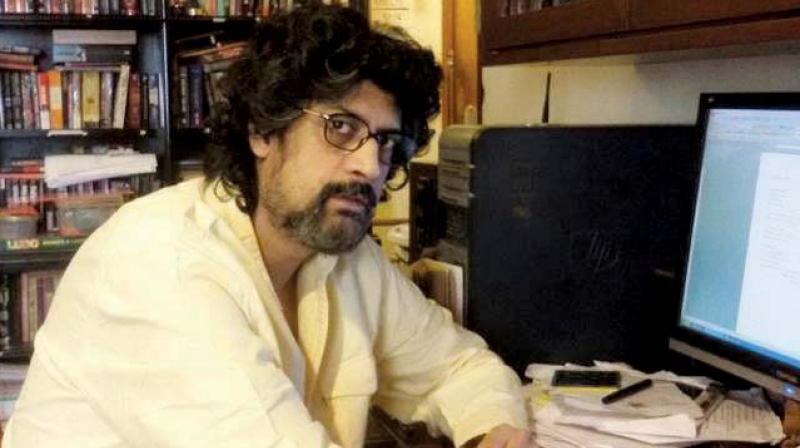 When browsing through social media, every once in a while there will be a post that you will disagree with. Sometimes, one disagrees strongly enough to express their opinion in the comments section. This is followed by a back and forth of information, which both parties could disagree to or agree to. However, sometimes, there is more than mere disagreement — a disapproval that offends you and without thinking, you report the post.

Artist, filmmaker and writer Gautam Benegal bore the brunt of a similar situation. When the social networking giant Facebook blocked him for a week, at first, he didn’t quite understand why. Soon, it was brought to his notice that the reason Facebook blocked him from accessing his account was because of a politically inclined post he shared earlier that week — shared, not created. “I had just shared a post originally created by someone else. I found it interesting and didn’t think that sharing it would create this big an issue for me,” he shares. Gautam reveals the post was about identifying a Hindutva sympathiser. He realises that it must only have been a “Hindutva sympathiser” who would have reported him. What Gautam finds most confusing is what part of the article could have been so offensive to someone that they reported it. “The article was about number of ways to identify a Hindutva sympathiser. And mind you, there was nothing vulgar or abusive in the article,” he points out.

The artist fails to understand the threshold of people when it comes to being intolerant about things like these. “Facebook is filled with people sharing posts about hate speech, racism, bigotry, but that goes unreported,” he shrugs.

Pointing out that since Facebook largely runs on an algorithm, it makes it difficult for them to gauge the posts. “When one reports something or someone, the assessment of that post is done by an algorithm. Therefore, the content of that post doesn’t matter — what matters is how many people have reported it,” he explains, adding that more the number of people reporting a post, the quickly it is taken down. At the time of going to print, Facebook had not yet clarified their side to the story.

At the same time, Gautam finds it almost “mystifying” how people directly report a post instead of commenting and starting a discussion. But, this won’t stop him from sharing his ideas and opinions on social media. “My friends and followers have been sharing about this on their timelines. The more you try to curb people, the more they rise over it and raise their voices,” he concludes.