Since the play has been running for a long time, Denise reveals that the play has generated its fair share of myths. 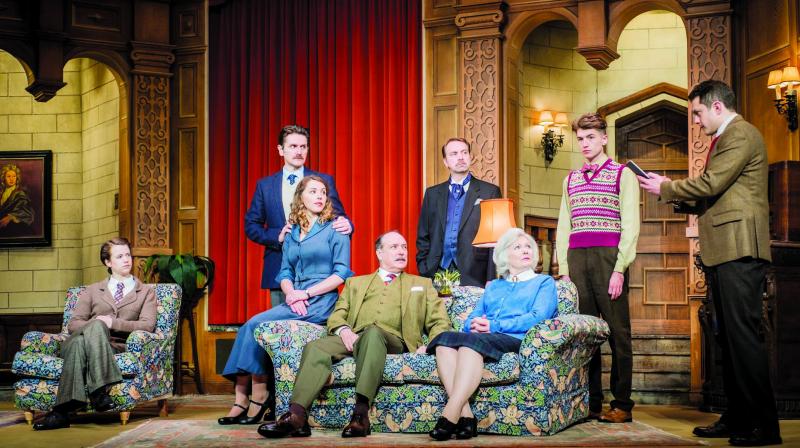 A scene from the play.

Based on Agatha Christie’s story, The Mousetrap will now enthrall the city’s thespians as London’s West End is all set to bring the production to Mumbai. The play has been running for 66 years and its opening show in Mumbai will be its 27,599th show. “I think it is timeless because it has humour as well as suspense.  All the characters are distinctive and, I hope, it leaves the audience guessing ‘whodunnit’ until the very last minute,” says Denise Silvey, Artistic Director of St. Martin’s Theatre, London, and Director of The Mousetrap’s Mumbai tour.

The beginnings of The Mousetrap are as interesting as its plot, for it originated from a radio play titled Three Blind Mice, a dramatic offering that was penned by the queen of detective fiction, Agatha Christie as an 80th birthday present to Queen Mary. Agatha then created an extended version of this play for the stage and it opened in The Ambassadors Theatre, London, in 1952. In 1973, it shifted to St. Martin’s Theatre, London, and has been a staple there ever since. The play has a quintessential whodunit (who has done it) plotline, for, till the very end, audiences are kept guessing about the identity of the murderer. Since it was Agatha’s desire that the plot of the play be kept a secret, we shall honour her desire and refrain from offering a detailed summary, but we shall give a little hint that the drama unfolds after four guests arrive at the guest house, Monkswell Manor and a radio report alerts the caretaker that a murderer is on the loose. Also, the children’s nursery rhyme Three Blind Mice, which plays ominously during the play, has a chilling significance. “I think the biggest challenge for the cast is to not give anything away regarding their character and who the murderer could possibly be,” says Denise, adding that, at the end of each play, an appeal is made to the audience to remain tight-lipped about the murderer’s identity so that it remains a secret.

Since the play has been running for a long time, Denise reveals that the play has generated its fair share of myths. “There are a lot of stories that have gone down in the annals of time; some of the stories hold very little truth. One memorable one refers to an actor who walked off stage in the middle of act one. After his exit, he walked straight out of the stage door and was never to be seen again,” she exclaims. We think this story is uncannily similar to the fates of some of the characters in the play! The director also tells us about a special party that is held every 10 years to celebrate the continued success of the play. She also shares a moment that is special to her, since it saw her share the stage with the Oscar-winning director, Sir Richard Attenborough. “I was in the cast, playing Miss Casewell (a character in the play), for the beginning of the 50th-anniversary celebrations and Sir Richard Attenborough, who was the original Sergeant Trotter (the astute detective in the play), was guest of honour for a special performance. At the end of the show, he came on stage and made the final speech. The atmosphere in the theatre was electric,” she reminisces.

As the play is full of colourful characters, each having his or her own idiosyncrasies and quirks, Denise stresses the importance of having a capable cast. “I have cherry-picked them and they are all working so well together. They have found so many nuances within the play,” she informs, adding that one of the actors likened them to the ‘dream team in Fantasy Football’ since the cast includes seasoned stage and screen actors and one particularly well-known for a role in the legendary British radio soap, The Archers. The cast, as well as the crew, are excited about their maiden Mumbai venture, for Denise says, “It’s a great story and a real family show. The plot ducks and dives throughout the show, keeping the audience at the edge of their seats.  A historic British offering is arriving in Mumbai and we are all very excited.”