Dr Shaun Murphy to the rescue!

TV show runner, David Shore on his most challenging work yet with The Good Doctor. 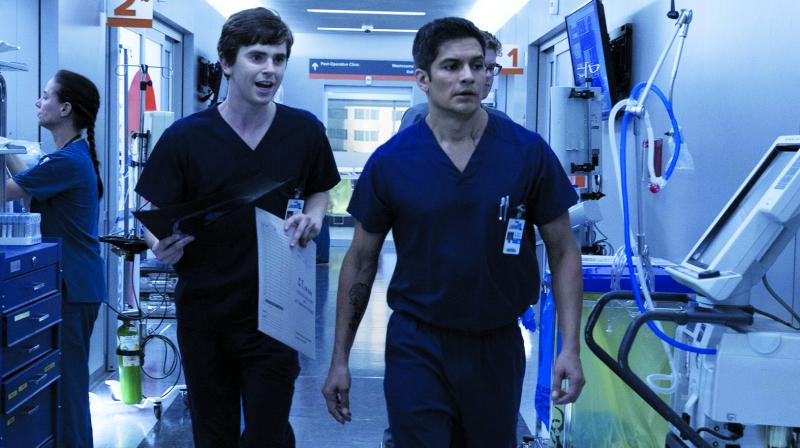 The American medical drama, based on the Korean series of the same name follows the life of Dr Shaun Murphy (played by Freddie Highmore), a surgical resident with autism and savant syndrome at San Jose St. Bonaventure Hospital. Here’s David talking about his latest creation…

David, there’s obviously a lot of discussion you need to have in a pilot about what Shaun can do and what he can’t do and how people are going to view him. What is your take on how quickly this goes to being a show about the people debating about the cans and can’ts of an atypical doctor?
David Shore: I think almost right away we’re going to go there.  There’s going to be people who think he doesn’t belong there for a while, and he’s going to have to prove himself.

But I don’t think that is what the show is ultimately about, so I don’t want to tread water with that.  I want to honestly debate that and pursue that, but he is an atypical doctor, but in a way, they’re all atypical doctors.  That’s what I really want to get into is he’s a catalyst for change within the other doctors, and he has a different way of looking at the world that I think will inspire them.

There has always been some speculation online that House might have been on the spectrum as well. Do you see any commonality between what the two characters feel like ?
DS: There was speculation as we went along about Dr. House, and we certainly didn’t shy away from that.  The characters, though, ultimately couldn’t be more different.  They’re, in a sense, asking the many of the same questions. They’re asking why we do the things we do.

Did you consult any autistic people in developing the character or deciding how you were going to write the character?
DS: A lot. Yeah. We saw a lot of documentaries. We consulted with people.  We’ve got people on the spectrum who we’re working with. We did a lot of consultation.
But he is a very specific character. He’s not there to represent autism. He’s there to represent Dr. Shaun Murphy.

Of the challenges I would imagine that you might have, is if he’s a genius and he can pick out the slightest things, how do you set up failure for him?  How can he ever be wrong?
DS: He can be wrong. First of all, he can be right and fail in communicating the information, which is crucial, and he can see things. Frankly, he’s seeing so many details that he may be sometimes seeing things that aren’t there. I assure you, he will be right many, many times and he will save lives. We want to be honest about this. He will be wrong, and a price will be paid for that.

Because he is in a subordinate position at the hospital and his reaction to being right is “I’m right,” how does he get around what would be the normal consequences of that sort of insubordination for someone in his position?
DS: Well, that will be beyond saying no — beyond saying that, it will be a challenge that he will face, because protocol is not something that comes naturally to him, and there will be consequences for him not following protocol.