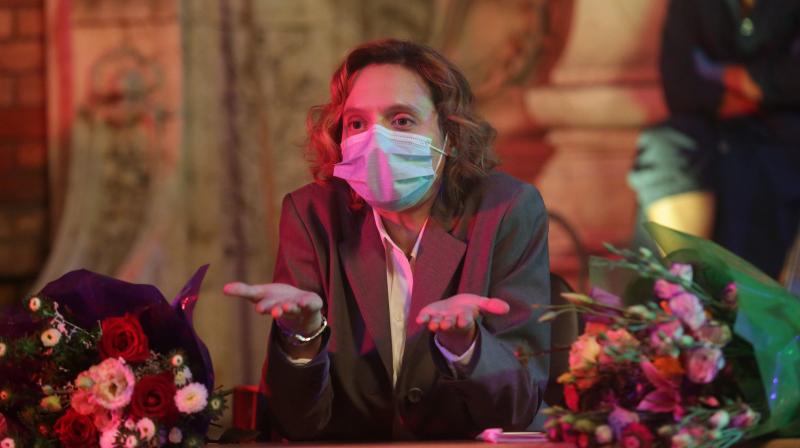 But somehow the sex tape leaks and is soon making the rounds of giggly WhatsApp groups of her students and their parents. Some download it, purportedly as evidence to beat Emi with. The fact that the sex is consensual, between a husband and wife is irrelevant. There is outrage, and it's mostly about how could a middle-aged, married woman be so raunchy.

We watch arguments and fights in a supermarket, with owners of big cars who block the sidewalk as a matter of their right. Each clash is an assertion of the entitlement of the rich and marginalisation of others.

This fact hovers over the film's last segment -- the meeting called by the school principal and parents to interrogate and then vote on Emi’s future. It is kicked off by a parent who insists on playing the sex clip for the benefit of all those gathered.

What's striking is how familiar it all feels. This searing portrait of a nation and its people could well be a day in the life of India.