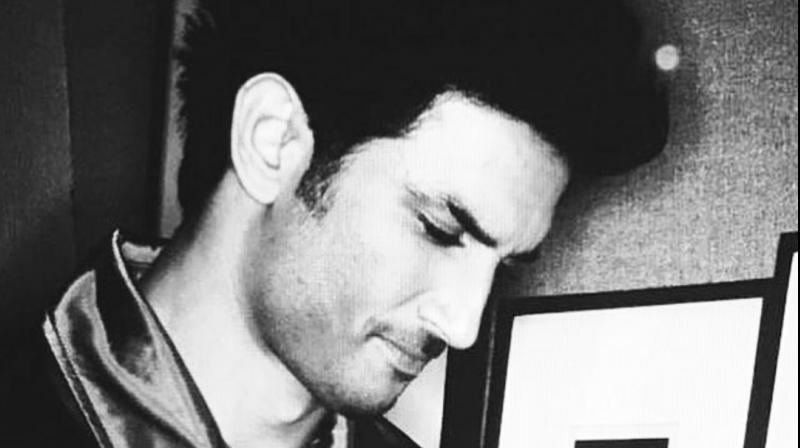 Bollywood actor Sushant Singh Rajput was found hanging inside his room at his Bandra residence in Mumbai on June 14. While the initial reaction to his death was that he had committed suicide, the probe into his death has opened up a pandora's box with a new theory emerging each day. Here's a look at what all has happened in the Sushant Singh Rajput case investigation so far.

The Dawood connection
Initially it was said that Sushant was murdered by Dawood Ibrahim who had cleverly carried out the act. But the theory did not hold ground for long.

Nepotism
Sushant Singh Rajput died by suicide and there was a flood of condolences from the industry stalwarts and colleagues of the actor. One was from Karan Johar who stated that he regretted not being able to reach out to the actor when he needed him the most. This enraged his fans who said Karan, along with his elite Bollywood mafia gang, had actually looked down upon Sushant and even made fun of the actor on national television (his favourite TV chat show Koffee With Karan).

Bollywod actress Kangna Ranaut was back with her nepotism charge. She was unsparing in her criticism of the big production houses who she said showed preferential treatment to star kids.

Renowned filmmaker Shekar Kapur came out in the open to join the nepotism campaign saying there were times when he let Sushant cry on his shoulder after he lost movies to star kids. During investigation of the case, it was found that Sushant had lost 7 movies even after signing the contract. This prompted the Mumbai police to summon big wigs of all the top production houses for grilling.

From Sanjay Leela Bhansali and Mahesh Bhatt to Aditya Chopra and Karan Johar, the police had asked all the top  Bollywood filmmakers to share their contracts with Sushant. Apoorva Mehta, the CEO of Karan's Dharma Productions met the cops with the contract so did the YRF too which sent a copy of the Sushant contract. The production houses were asked to explain the reason behind replacing Sushant with other actors after signing him up for their movies.

Depression
The Mumbai police started recording statements of Sushant's family, friends and colleagues in the industry. While actress Rhea Chakraborty who he was living in with the actor up until a week before his death claimed that the actor was being treated for depression, while Sushant's ex-girlfriend Ankita Lokhanda claimed that she always knew Sushant as a happy-go-lucky person and that there was no way he was depressed.

Rhea demands CBI probe
Rhea Chakraborty put out a tweet seeking CBI probe into Sushant Singh Rajput's death. She also asked the case to be transferred from Bihar (Sushant's native state) to Mumbai saying the actor's father KK Singh could use his influence to tamper with the case. However, Sushant's family came forward to file a counter. His father filed a caveat in Supreme Court not to allow the actress' petition to be heard. Sushant's family contended that somebody in Mumbai Police was helping the actress.

Sushant family files FIR against Rhea
Sushant Singh Rajput's father filed an FIR against Rhea Chakraborthy and also accused Rhea of blowing up his son's money to lead a lavish lifestyle. He also said that the actress had taken with her laptop, jewellery, cash and credit cards from Sushant's home after she broke up with him on June 8, 2020.

'Rhea, family lived off Sushant's money'
The money angle prompted media to dig up more dirt on Rhea. A leading English news channel accessed Sushant's bank statements which showed that Sushant's bank balance had plummeted from a whopping Rs 4 plus crores to just over a crore in a matter of two months. On the other hand, his statement reportedly showed details of transactions which apparently was for Rhea and her brother. This included their flight tickets, hotel stay, tuition fee and shopping expenses.

Sushant friends' testimonies
Meanwhile, Sushant's best friend Mahesh Shetty, who was one of the persons who the actor called in the last few hours before his death, claimed that Rhea was a control freak who changed his staff after she took charge. In fact, in a sensational expose, Sushant's bodyguard who was fired just a few days before his death revealed that Rhea would throw parties at Sushant's expense where the invitees would be her family and friends. He also said that Sushant never attended these parties as he was sick and would mostly be resting in his room. He also said that Sushant's family had never visited him in the recent days and held Rhea responsible for this.

Another filmmaker friend of Sushant from Bihar, Sandip, ruled out the suicide angle saying Sushant had clear plans for his life and knew exactly what he wanted. He also said that he wanted to leave the film industry to take up for farming in Coorg (Karnataka). However, he stated that Sushant was not in touch with any of his friends over the last few months.

Sushant death turns political in Bihar
With the impending elections in Bihar, politicians are now using the issue for their vote bank demanding a transparent probe into Sushant's death.

ED slaps PMLA
In a latest development, the Enforcement Directorate (ED) filed a money laundering case on the basis of an FIR filed by the Bihar Police, according. Sushant's father KK Singh has accused Rhea and her family of abetting his son's suicide.

It may be recalled that the central probe agency had sought Bihar police FIR and after studying it, the ED has decided to slap charges under the Prevention of Money Laundering Act (PMLA).

They said an Enforcement Case Information Report (ECIR) has been filed against the accused named in the Bihar Police FIR that includes Chakraborty, her family and six others. Rhea and the others are likely to be summoned for questioning soon.

Satyamev Jayate: Rhea
While Sushant's father claimed that Rhea had transferred 15 crores from his account to an unrelated account. Rhea Chakraborty finally broke her silence and posted a video message stating truth will prevail and all the allegations against her of abetting Sushant's suicide were false.

'Sushant family pressurising me'
In another interesting development, Sushant's friend and flatmate sent an email to the Mumbai police accusing the actor's family of forcing him to release a statement against Rhea Chakraborty. In his email, Siddharth Pithani has stated that he was under immense pressure to say things about Rhea that he was not even aware of.

He said that he received conference calls from Sushant's family members and an unknown number on July 22, in which they asked him questions regarding Rhea's expenses during her stay at Mont Blanc apartment (in Bandra) with the late actor.

With the ED stepping in, the case has now only gotten bigger. It appears even the nepotism campaign has been diluted.