After criticism of Akshay's comment on his daughter, the journalist called Twinkle's response a ‘prosaic excuse from an embarrassed wife.' 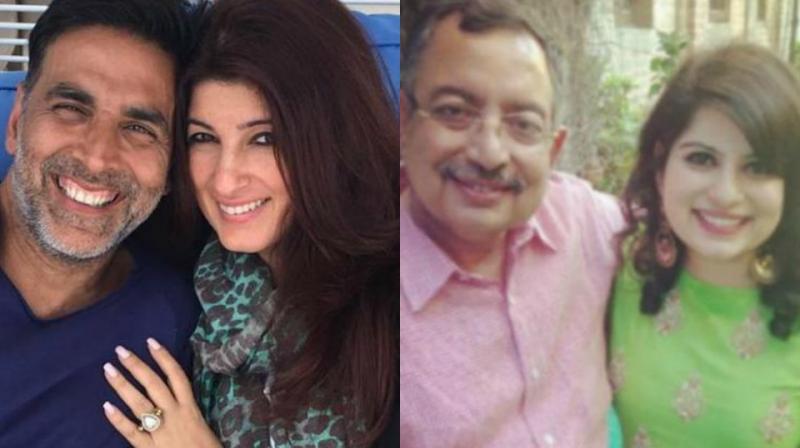 Mumbai: When stand-up comedian Shyam Rangeela's video of his mimicry of Narendra Modi and Rahul Gandhi went viral after the channel's refusal to air the episode, no one expected that a new controversy would erupt from it.

But Akshay’s comment at the end of the video where tells one of the judges Mallika Dua, ‘Aap bell bajao, main aapko bajata hu’’ (You bang the bell, I’ll bang you) snowballed into a big controversy.

Mallika’s father Vinod Dua, veteran journalist, was outraged by the comment and wrote on Facebook, “I am going to screw this cretin Akshay Kumar for telling his co-worker Mallika Dua that ‘Aap bell bajao, main aap ko bajata hun’ at 5:26. This is his sense of humour and language… Star Plus… Wake up."

While the post got pulled down over failing to adhere to the website’s ‘Commnutiny guidelines’, Mallika wrote an open letter on how the issue wasn’t about Akshay but about workplace etiquette.

While Akshay still maintains silence over the issue, his wife, former actress and now writer, Twinkle Khanna reacted to the row with a Twitter post on Sunday.

She wrote how ‘bajana’ was a colloquial phrase used by both men and women, giving examples and also asked how Vinod Dua’s ‘screw’ comment should also be taken literally.

Vinod Dua was not too be pleased with the response, calling it a ‘prosaic excuse from an embarrassed wife.' He, however, seemed satisfied about the point coming across and how Akshay will think twice before uttering such words. He also revealed that they don’t intend to pursue the matter any further.

On a lighter note, Twinkle Khanna shared some hilarious reactions to the controversy, to which even Mallika reacted.

I couldn't resist these two and after this I am done :) #LameJokes pic.twitter.com/3mMckTtmDu