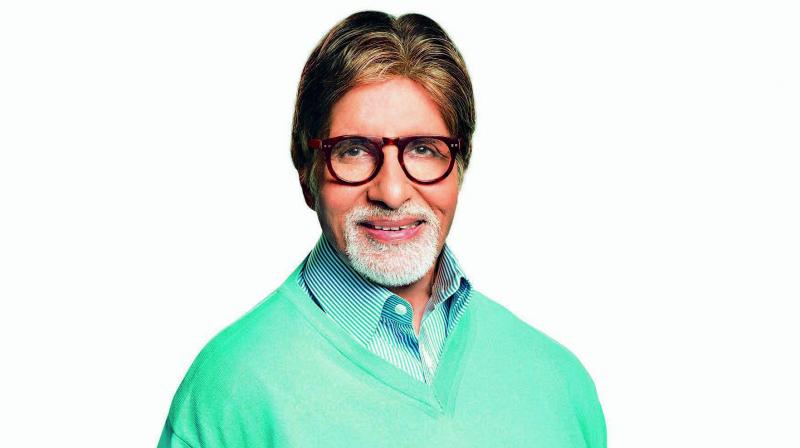 Marking 43 years of Amar Akbar Anthony, actor Amitabh Bachchan took to Instagram to share a throwback picture of his kids visiting the set of the film.

In the adorable picture that has now gone viral, Big B is seen giving a kiss to toddler Shweta Bachchan Nanda while baby Abhishek Bachchan is resting on his lap.

Getting nostalgic about the film, which also starred late actors Rishi Kapoor and Vinod Khanna in titular roles, the actor wrote,

“SHWETA and Abhishek visit me on set of Amar Akbar Anthony .. shooting song ‘My name is Anthony Gonsalves’ .. at Holiday Inn Ball Room .. this pic on the beach front .. 43 YEARS of AAA , today .. (sic)!!! He further claimed that the success of the unconventional film, which pleasantly surprised him, was equivalent to the sweeping success of Bahubali.

He added, “When Man ji came to narrate the idea to me .. and told me the Title .. I thought he had lost it .. at a time in the 70’s when film titles revolved around Behen Bhabhi and Beti , this one was so out of place .. BUT .. It is reported that it did a business of 7.25 cr at that time .. inflation adjusted it crosses collections of Bahubali 2 .. say the sayers who do calculations. But fact is it did massive business .. did 25 weeks in 25 theatres in Mumbai alone .. or so they say .. Doesn’t happen now ... gone are those days (sic)!!”