What’s age got to do with it?

A new wave in Bollywood is challenging stereotypes of older women, reasserting the idea that age is just a number. 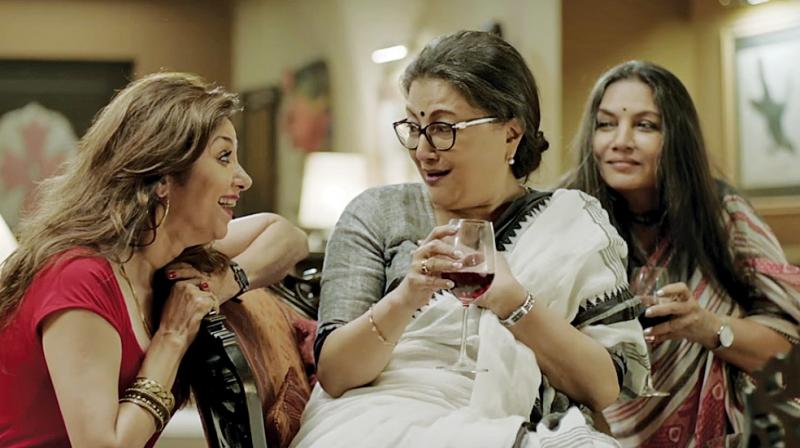 A still from Sonata

“We’re all in boxes — you, me, that woman in the window,” says Shabana Azmi in the opening frame of the trailer for Aparna Sen’s next directorial, Sonata. The movie itself seems to be a way for the women portrayed in it to break out the ‘boxes’ designated to them by society.  It becomes apparent from the trailer that none of the three women have been slotted into the roles that are usually reserved for older women in Bollywood movies — those of  the mother, or mother-in-law, usually one-dimensional, and without much scope for growth.

Sonata is not the only movie, which seeks to explore sexual liberation in older women. Lipstick Under My Burkha, which has come into the limelight for its altercations with the CBFC, also portrays the love affair of Ratna Pathak Shah with a much younger man, while in Ramesh Sippy’s next film, Shimla Mirchi, Hema Malini also reportedly makes a comeback as a woman in love with a younger man. While the trend of expanding roles and looking beyond traditional tropes is something that veteran actresses in the industry have welcomed, they also feel that more films of this nature are long overdue.

“I think the reason why the plot for Sonata works is because people are not used to seeing cinema like this. You have to remember, though, that the film was originally a play by Mahesh Elkunchwar and in theatre, you have enough freedom of expression and this would not be considered unusual at all,” says Lilette Dubey, who plays one of the leading ladies of Sonata.

“It was a blast for us to film the movie, but I was a bit curious to see if the audience would be interested in three middle-aged women chit-chatting, and the responses on Facebook have been overwhelming. I hope the movie does well, because such stories provide an incentive for others to create similar stories that go beyond typical tropes,” she adds. 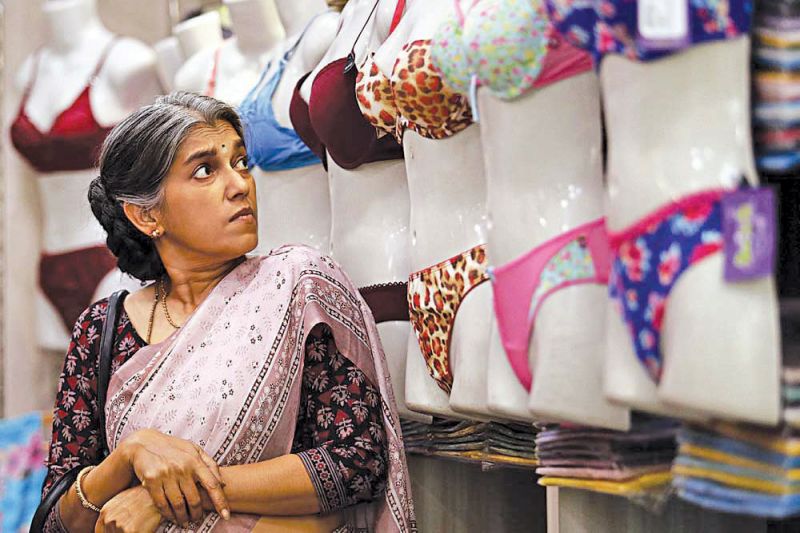 A still from the Lipstick Under My Burkha

Supriya Pathak, whose role in Sanjay Leela Bhansali’s Ram Leela won her an award for best actor in a negative role, also welcomes this trend. “Older women have, until now, been portrayed as gentle, naïve, and motherly. The shades of the character are being explored now and one is very happy to be a part of that,” she says.

Elaborating on the reasons as to why there is now a rise in nuanced characterisation in older roles for women, Supriya explains that it is probably a part of the changing narratives that Indian cinema is undergoing overall. “Cinema in its entirety is changing and strong stories have replaced formula films. It only follows that roles for older women will also become more layered. The audience has also got access to global cinema now and is, therefore, more appreciative of offbeat films,” she adds.

Though the trend is definitely an encouraging one, there aren’t nearly enough movies in this category to celebrate just yet, according to Vagina Monologues producer Mahabanoo Mody-Kotwal. “If you look at Hollywood films, you have so many older women acting in roles that fall beyond the typical. You have Judy Dench acting in a James Bond movie and Meryl Streep doing multiple kinds of roles. I think Indian filmmakers are still afraid to take the risk. And, if you look at the controversy that Lipstick is going through, that may be the reason why,” she states.

What Lipstick director Alankrita Srivastava said at a recent talk, however, gives one hope that more such movies are on the horizon. “I think that the CBFC, as well as other forces, have tried to silence the voices of women in particular. Before my altercations with the CBFC, I thought of Lipstick as just a movie about four women and their own sets of hopes and dreams. Now, I see that it is beyond that and I am determined to keep telling such stories,” she said.

Movies still have a lot of catching up to do, as theatre veterans Lilette and Mahabanoo both state that the medium provides far more freedom. “The audiences for theatre are also such that they are more open to experiments,” says Mahabanoo, while Lilette states, “You have infinite freedom in theatre that films have yet to tap into. So, when you look at theatrical themes through the lens of the camera, it makes them unusual. After all, age is no barrier on the stage.” As it turns out now, neither on screen.