Time to fix the mix 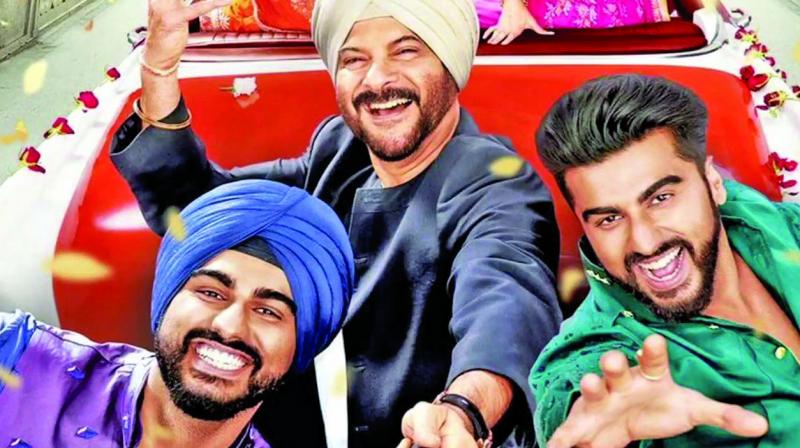 A wave of remixes that hit the country in the early 2000s opened up a rather interesting portal of nostalgia and retro tracks. It introduced a whole new generation to popular and obscure Hindi film music, and even today, one can’t help but shake a leg to the remix of tracks like Kaanta Laga and Yeh Vaada Raha.

However, times change, and so does the idea of what works and what doesn’t. Despite a host of remixed tracks being added to Bollywood movies in the recent past, the tracks have met with mere lukewarm responses at best from the audience.

The most recent one is the remake of ’90s hit Hawa Hawa in Mubarakan, and it’s been getting more than its share of flak. OK Jaanu’s Humma Humma remix kicked up a storm of criticism by ardent fans of the iconic ’90s track. Then there are the likes of Laila Main Laila, Tu Cheez Badi Hai Mast Mast, among several other remade classics that have all been dragged over the coals by music lovers. But why have the songs failed to make an impact?

Rapper Hard Kaur slams the laziness that goes on behind the scenes while recreating a classic. “Every label approaches a song with the idea of making money. And the first idea in their head today is to make a song for the new generation by obviously messing with an already good song,” she rolls her eyes. “Take into consideration today’s generation; they’re in their twenties mostly. So for them, a Humma Humma doesn’t hold the same nostalgic feel like it does for us. But what sells with the young generation? Hip hop and electronic music — so producers fuse the two together and give you the song you listen to.”

Playback singer Javed Ali too agrees that tampering with originals isn’t the greatest idea. “I believe the first original creation is unmatched — it had a charm like no other. Today, we can technically modify a song by adding new sounds, but at most we can do is make a half-decent remix that can’t match the standard of the original song,” he states confidently.

Point out that the music has received a crazy amount of hits on YouTube and Hard Kaur counters that numbers aren’t the best way to gauge the success of a song. “You know very well these numbers are brought with money,” she smirks. “Oh, the amount of money that producers spend on promotion to just push one song — it will surprise you!”

Shashank Khaitan, whose movie Badrinath Ki Dulhania featured a remake of Tamma Tamma, defends himself saying it was his way of paying tribute to the Thanedaar hit. “I can’t speak for everyone, but for me, it was a way to pay tribute to the original song. So, for Tamma Tamma, I wanted the voices and overall feel of the song to remain the same as the original. I think that if it is done properly, these songs can be interpreted for what they are — a homage to the original. I did not want to change the original music too much, since then the public wouldn’t appreciate it at all. The new generation has also not had the opportunity to hear these songs, which are so close to our hearts,” he elaborates.

While acknowledging that there is indeed a risk in using remixed songs, Shashank adds that these are just par for the course for directors. “Yes, there is a risk involved in doing these songs. But then, filmmaking is a risky business and I don’t think that I take on too much of an extra risk when I do these songs,” he shrugs.

Giving us further insight into the making of remixes, the creator of the new Humma Humma track, Tanishk Bagchi, recalls trying his best not to mess with the original melody. “I tried playing around the melody of the original Humma Humma. If you notice, the ’90s had very catchy melodies. The songs are so dear to the audience that they don’t appreciate us musicians tinkering with them, and I tried to maintain that. I was very cautious myself. Keeping the original melody intact, I only added my two bits,” he recalls.

Despite these attempts being made with the best of intentions, it is perhaps best to follow Hard Kaur’s parting advice as she says, “There’s no lack of talent in Bollywood. You can make a good original track instead of tampering with an old one — it isn’t
difficult.”