The obsession with Priyanka Chopra’s engagement brings up questions about lack of privacy in the lives of celebrities. 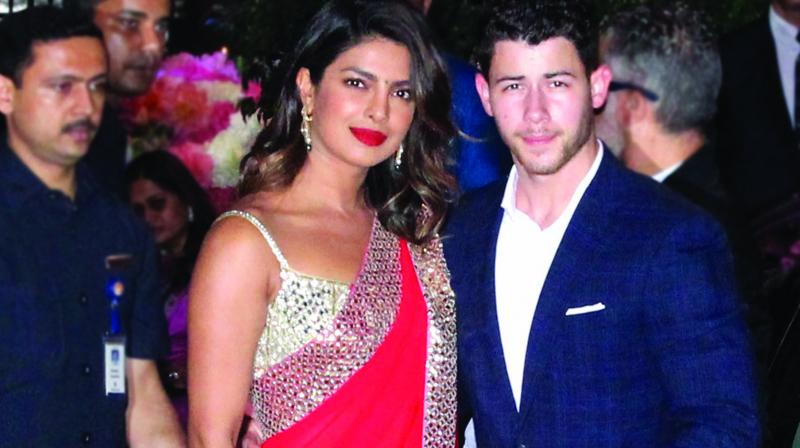 Social media has heightened people’s obsession with celebrities. Their whole lives are put up on display for consumption online. It’s a powerful way for them to build their brand and stay in touch with their followers. With the lure of sneak peeks, fans are drawn closer to the lives of their favourite celebrities. But what’s the flip side to living public lives? The biggest drawback seems to be infringement on personal space. The latest victim of an online obsession is Priyanka Chopra. People’s interest in PC has doubled ever since she’s been linked to Nick Jonas, with many of them being fanatical about her engagement ring. Priyanka recently stated, “Everything about me is not for public consumption. 90 per cent of my life is for public consumption, but 10 per cent of it is for me (sic).”

On her first day on the sets of Shonali Bose’s The Sky Is Pink, she was gifted a cake and a customised ring-shaped balloon to celebrate her engagement with Nick Jonas. She also posted a story on her Instagram page wearing the balloon-ring on her finger with the caption “Oh that ring!!!” This was the perfect response to all those who were obsessed with her ring.

This recent episode in PC’s life brings to mind the following question — Are people interfering in the lives of celebrities too much? Or do they enjoy the ‘attention’, despite claiming people are encroaching on their personal space?

I completely agree that celebrities have a right to a personal life. So the media should not keep its cameras focused on them all the time. They deserve a right to privacy just like we do. At the same time, it is also true that unlike other professions, their profession is much more glamorous and flashy. So, it comes with a certain price, which is lack of personal space.

The worst part is after chasing them with the camera, most of the things that are published in magazines and tabloids about the private lives of celebrities are either highly exaggerated or absolutely false. They are purposely manipulated by media personnel to get the highest viewership. Making their broken marriages/affairs public for entertainment is not ethical. Their profession is to entertain the masses, which they do through their movies and music albums.

Beyond that, they have a right to a personal life. They also have secrets just like us. They should have the power to decide what part of their private life they want to make public.

The media should know its limits and operate within those limits so that the privacy and dignity of the celebrities are maintained.

I feel people in India are very inquisitive about what the next person is up to? When it comes to film stars, politicians, social activists, writers etc., an average Indian feels they are famous because of him/her. So they feel this gives them the rightful authority to comment about them. What the common man should understand is celebrities are also normal people like others and are not vested with any superpower. The only difference is the nature of their job gets them more attention than regular people. In my line of work, this kind of an overreaction and online judgment is known as cyberbullying.

As per the IT Act, cyberbullying is a criminal offence. But due to the lack of a proper definition, the majority of cyberbullying cases get off lightly without any serious punishment. In the last few years, whenever I talk in public, as part of cybersecurity and cyber law, I have expressed my concern to strengthen and amend punishment for cyberbullying.

First of all, every celebrity enjoys the attention of fans. Celebrities put things on social media to build their fan following. But it is wrong to say people have the right to peep into their personal space.

Getting married to Nick is her personal choice and whatever she puts on social media regarding that is for her fans. If you are a true fan, then you would appreciate her decision rather than making derogatory comments. If you don’t like anything about their lives, you can unfollow them.

Celebrities have good and bad fans on their social media profiles and they put their personal space online for those good fans. There is nothing wrong in that and people should respect Priyanka’s decision and space.

Social media is used by laymen and they are the ones who come up with these trolls; be it on a regional, national or international level. It is not in our hands anymore. They’re always commenting and expressing their opinions about our lives. What we as actors look forward to from them is feedback regarding our work and not an intrusion into our personal lives. For example, I would like to know what the audience thought about a movie I did or a social cause that I have been working on. As long as my personal life is concerned, I don’t need their opinions. Though it is a concern and it affects our families and children, I think it is important for us to not get affected by it. As actors, we already get a lot of attention and I am sure nobody appreciates such intrusions. But there isn't much we can do about it either.

There is always a thin line. I think social media is a mere tool to communicate. Technological advancement is for us to use instead being slaves to it and being used by it, which unfortunately is the case with a majority today. I believe we, in the fields of entertainment, film industry, politics, sports etc., are in the public domain because of our professions. When it comes to personal space, as the name suggests, it's ‘personal’ and should be kept that way.

Need to draw the line

Social media is both a boon and a bane. It provides a platform for us and celebrities alike to exercise free speech. But it turns into a bane when the same platform also provides space for irrelevant criticism and trolling. Wiping off the importance of social media is not an option, but one does need to know where to draw the line. Social media cannot be pushed into extreme brackets of ‘good’ and ‘bad’.