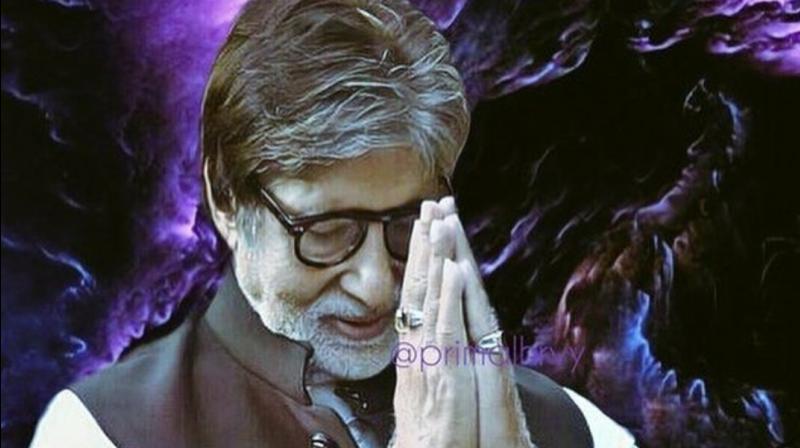 Mumbai: Megastar Amitabh Bachchan, who is undergoing treatment for coronavirus at a hospital here, has opened up about the mental health struggles COVID-19 patients face under isolation in order to curb the spread of the disease.

The 77-year-old actor and his son, actor Abhishek Bachchan were admitted to the isolation ward of Nanavati Hospital on July 11 after they tested positive for the virus.

In his blog on Saturday, Amitabh said the mental condition brought upon by the disease takes a toll on the patient as one is kept away from human contact.

"The mental state sparks from the stark reality that the COVID patient, put in hospitalised isolation, never gets to see another human for weeks. There are the nurses and the doctors on visit and medicine care but they ever appear in PPE units," the screen icon wrote.

He said one doesn't get to know the faces behind the Personal Protective Equipment (PPE) as the healthcare workers take extreme precautions and deliver "what is prescribed and leave".

"Leave because longer stay has the fear of contamination. The doctor under whose guidance the care and mapping and reports are governed by, never ever comes near you to give a hand of assurance, a personal detail of the treatment in the close proximity of an assurance."

The communication is virtual, Amitabh said, which is the best way under the current situation, but is still "impersonal".

The actor, who occasionally updates his fans on social media about his health, said the stigma of having been COVID-19 positive is something which a patient may wrestle with once the institutional isolation is over.

"Does it have an effect psychologically mentally? Psychologists say it does. Patients after release are tempered, they are given to consultation with professional mind talkers.

"They are afraid to be in public for fear or apprehension of being treated differently, treated as one that has carried the disease, a pariah syndrome. Driving them into deeper depression and in the loneliness that they have just come out of," he noted.

Highlighting his own state, Amitabh wrote he sings to keep himself entertained in the loneliness.

"In the darkness of the night and the shiver of the cold room, I sing .. eyes shut in attempted sleep .. there is no one about or around .. and the freedom to be able to do that will extend I know if in the Will of the Almighty there is release," he said.

On Thursday, the Bollywood veteran dismissed reports that he has tested negative for coronavirus and called the piece of news "an incorrigible lie".

The tally of coronavirus cases in Maharashtra rose to 3,66,368 with 9,251 new patients being reported on Saturday, according to State Health department.