The Indian film industry, a place where talent gets born every day has been providing opportunities to all. 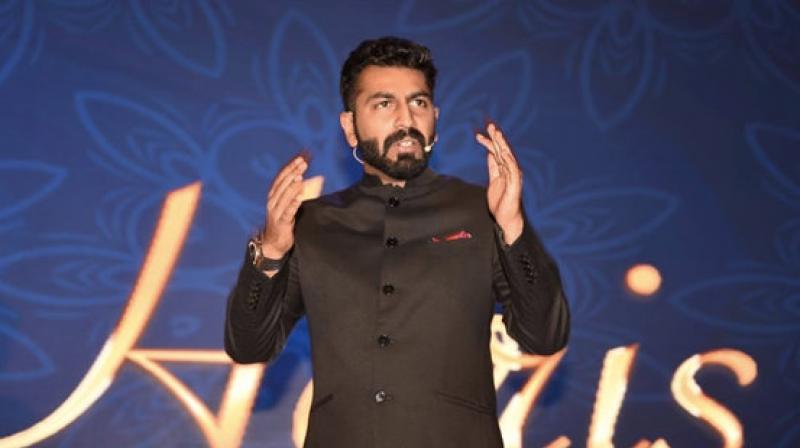 Haris Nalapad is soon going to be a part of Bollywood upcoming movie who has been managing his social life as well as his private life in a better way. One favourite among friends will be favourite among all Indians. His campaign for anti-drugs, the active participation in rallies with the representatives of youth, with all the qualities he possesses, he will be a future leader and continue to own his title of being a People’s person.

The Indian film industry, a place where talent gets born every day has been providing opportunities to all. Irrespective of a person’s background, caste, creed, a person is allowed to present his true self. It’s said, “If you have the will, you will create a way”. But can all.? well, no, because every single day 3 times the people who enter the Film City Mumbai, leave Mumbai. They don’t get an opportunity or they lack behind in some way to create something for which they were there for. Opportunities are the same but using it need a single skill of courage and hard work and this is where everyone lack behind.

But some people like Mohamed Haris Nalapad, they change the rhyme if they can’t follow one. Being a leader, an elected representative as General Secretary of Indian Youth Congress (Bangalore), he came, showed and created, a space between all the upcoming artists who are rising on today’s date. Since 31.01.1990, the day he was born, he has never missed a chance to put forward what he had. From his schooling at Bishop Cotton Boys school to his graduation from St. Joseph’s College, he has been acting as a leader, an actor, a motivator and what not. He was best at all, no matter it is studies or his part in social works, he was one great help for sure. His Masters in hospitality from Emirates Academy, UAE, has been an added charm for he knows how to deal. As per the people of Bangalore, he was considered to be the most formidable force in the youth spectrum of politics in the south India, who from a very young age has been an active participant of political and social welfare activities.
He was given a title- “Hero of the masses”, which on today’s date is all set to be an active part of the world. According to him, he wants to lead but he wants leaders beside him not behind him. His nature of considering everyone equal, this is what has made him such great personality among all.

On being asked what makes him take a jump to Bollywood, he said- “It’s a bigger picture for me. For you guys, I might just be a favourite actor, but for me, it will be a means to help and to create change not just in Shantinagar Constituency of Central Bangalore District but all-around India. I will be able to attract the social mass, I will be able to make them understand, the idea of help, the ways to create change and to be a part of the same. I understand what our society says is a long-followed ritual which definitely can’t be disrespected but for today, the youth demand something much above that. They need not be said, you follow what we want, they need to be said do whatever you want, we are right behind you to help. They don’t need money, they need the support of words and this can only be provided if someone has their ears to listen them and I.? I want to be that one to hear and I want that word to stand to.”

His confidence, his hope, his support to all, this is what is going to differentiate him among all other Bollywood stars. Through his Instagram handle @nalapad, he had been seen approaching the crowd and his entry in Bollywood, for sure will make him lead a much larger crowd than he has been doing in South India. His honest appeals, this is what attracts people and this is what he got. He wants to be a face of not just Indian politics but also a face of India, who wants to take forward his social initiative to a different level now.

Taking beyond the social pressures, his aim to create a different youth place will be a great success and despite all the critics that he has, he will create to change the world and be a part of the bigger initiative, something which spreads love, beyond hatred and criticism of society.