‘Not easy to make comedy film’

Housefull 4 is an out and out comedy film based on reincarnation, spanning a period of 600 years. 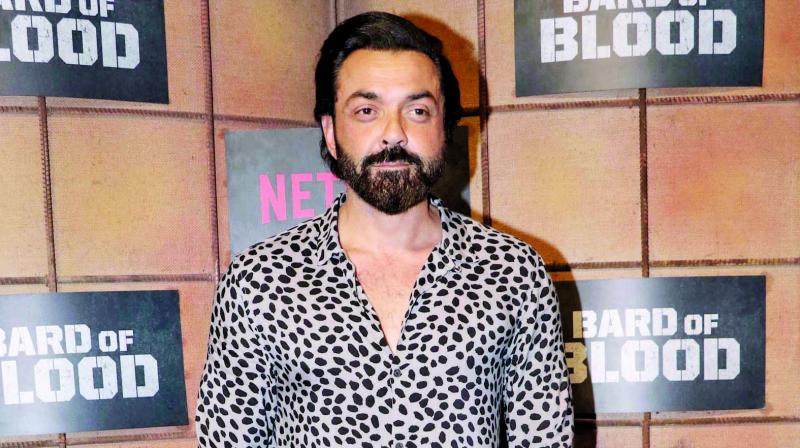 Bobby Deol’s career was resurrected after Salman Khan got him back on track with Race 3, and he has been on a roll ever since. As the actor gears up for the release of Housefull 4, he spoke about the #MeToo movement that took Bollywood by storm last year, including Sajid Khan, who had directed 60 percent of Housefull 4 and was asked to step down from the project after his name popped up as part of the movement. Later, Farhad Samji directed the rest of the film.

“I don’t want to get into this discussion because people will try and make something out of whatever I will say. Words can be written and made to sound different. All I can say is that in the world that we are living in, you have to face the consequences, and is that what has happened with everybody in this country now,” says Bobby about the movement, adding, “Whoever feels that they can take advantage will have to go through the consequences, and it is for both men and women. Even women are treated the same way because that’s what it is.”

Housefull 4 is an out and out comedy film based on reincarnation, spanning a period of 600 years. The film features Akshay Kumar, Ritiesh Deshmukh, Bobby Deol, Kriti Sanon, Pooja Hegde, Kriti Kharbanda and Chunky Panday.

“It is a brainless comedy, and trust me, it is not easy to make a comedy film. To be funny and spontaneous is more difficult. Akshay and Ritiesh have a great sense of humour and it reflects on-screen. It is also about their chemistry,” Bobby says in conclusion.