The ‘Prakash’ in Deepika’s life

Prakash Padukone talks about his famous daughter’s journey that began a decade ago with Om Shanti Om. 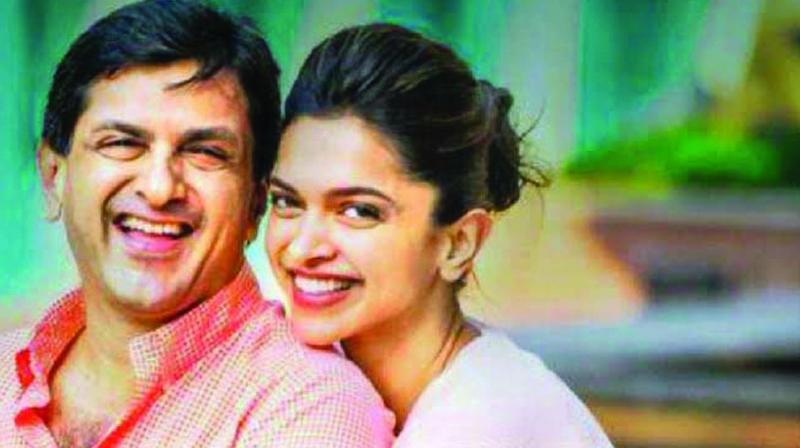 On November 9, Deepika completed 10 years in the film industry. Her father, Prakash Padukone, speaks about seeing her for the first time on the big screen, to her fight with depression, and the controversy surrounding Padmavati in this candid chat.

1. You have been a celebrated sportsman and have yourself been at the peak of your career. How happy does it feel seeing your daughter reach such heights not just in Bollywood but also Hollywood, within a decade?

We as parents' are extremely happy and delighted the way her career has progressed. She has reached this level only through her hard work & determination. We want her career to continue in the same way.

2. We see children follow their parents' footsteps mostly. Did it come as a surprise when Deepika chose a career so unconventional? Do you think this is the right call for her?

Her choice of career did not come as surprise to us as she was always interested in fashion shows and modelling though as a child she did play badminton at the national level. Her first love was always modelling. Film career happened subsequently.

3. How has Deepika evolved as a person over the last 10 years?

She has become more responsible over the years and has learnt to manage her career and professional life very well. She is very organised and has definite plans for the future and works towards that goal meticulously.

4. As a child Deepika played badminton on a national level and since it is raining sports biopic in Bollywood. Would you like to see Deepika playing a certain sportsperson onscreen?

It would depend on the sportsperson and the script.

5. If a biopic is made on your career, which actor would you like playing your role?

I have not really thought about this topic.

6. What was your first reaction when you saw her debut movie?

It was a great feeling to see our daughter on screen for the first time. We never expected anyone from the family to get into Bollywood. Hence, we were overjoyed and excited to see her debut movie especially since it did well at the box office. We will always remain grateful to Shah Rukh and Farah for the break they gave her in Bollywood. Whatever she is today is because of them.

7. Which is your favourite movie of Deepika so far and why?

Bajirao Mastani. We were very impressed with the way she got into the character and portrayed the role of Mastani. She has evolved as an actress over the years and one can clearly see the progress she has made as an actress since Om Shanti Om which released almost 10 years ago.

8. While Deepika has performed great professionally, her personal life hasn't been that smooth. She is also amongst the few actors to have spoken about depression. How difficult was it for you as a family to see her go through that phase and overcome it?

It was difficult in the beginning but luckily the symptoms were detected early and hence she could continue with her career without taking a long break. We fully supported her decision to start a foundation for creating awareness about mental health and depression. Her coming out in the open about depression has had an impact on society and has made a big difference in the awareness levels of the general public.

9. Do rumours about her personal life upset you or any other family member?

Initially, we found it difficult to deal with the rumours but now it doesn’t bother or affect us.

10.  Any special message  for Deepika?

11. What is your opinion about the recent controversies surrounding the release of Padmavati?

Controversies are a part and parcel of the movie industry and we do not pay much attention to these controversies as these things are not under our control. Whatever has to happen will happen. We will take things as they come.

11. What do you think about the trailer that has got the entire country excited?

The trailer of Padmavati looks interesting and exciting. We are eagerly waiting for the release of the movie.