The actress says she is happy to continue working, but not constantly. 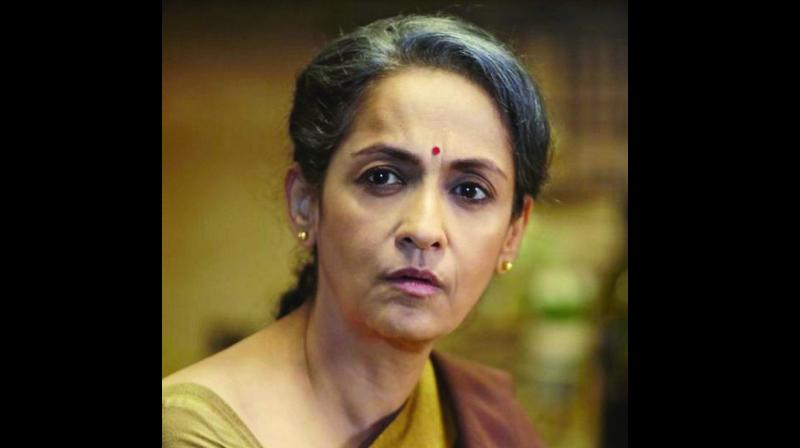 Veteran actress Swaroop Sampat is enjoying her return to the screen, which began in 2016 with R Balki’s Ki and Ka (2016) and then Aditya Dhar’s Uri in 2019. She will now be seen in Rakesh Sain’s short film Nanoso Phobia, which is a part of Guneet Monga’s Zindagi InShorts, an anthology of seven short slice-of-life films.

“I loved beginning my second stint with director R Balki and then Uri. I feel lucky that I was bestowed upon a chance to have worked with Balki. In Nanoso Phobia, I play a Parsi where I speak in the Anglo-Indian style English. I have always had an interest in playing this sort of a character and I am happy to have donned it in this short film,” Sampat smiles.

The actress says she is happy to continue working, but not constantly. “At times, when you stop working, directors and producers start assuming that you are not keen on working again. I do wish to work, but not like 24x7. I do not wish to do those typical ‘Ma’ kind of characters, but something that may have something interesting for me to do.”

Meanwhile, Sampat reveals that her two sons Anirudh and Aditya have also entered the film industry, but not as actors. “Nowadays’ generations are from this new world; they do everything, acting, writing and whatnot. My younger son Aditya debuted with director Anurag Kashyap while my older son Anirudh started working with Naseeruddin Shah. He was also associated as AD in Sultan and Tiger Zinda Hai,” says the mother of two, who hopes that her older son becomes a full-time director with Yash Raj Films.

YRF is particularly special for the actress because they also produced her debut film. “My first release was through Yash Raj Production titled Nakhuda, which was produced by Yash Chopra,” she recalls, adding, “I still remember in those days, the music of Silsila was being done. The entire cast and crew of Nakhuda would go and sit while the Silsila music was being recorded. We had a blast.” As for the future of YRF, Aditya Chopra, Sampat has warm memories of him as well. “I can recollect that when Aditya (Chopra) was very small, he had this keen interest of directing, even then. He would sit and visualize that ‘heroine idhar se ayegi aur hero aise ayega’ (The heroine will come from here and the hero will come like that) and all. Aditya would have that craving of a filmmaker as a child too,” she recalls in conclusion.