Bollywood gears up for Diwali bashes

The film industry’s upcoming Diwali parties are all about opulence and style. 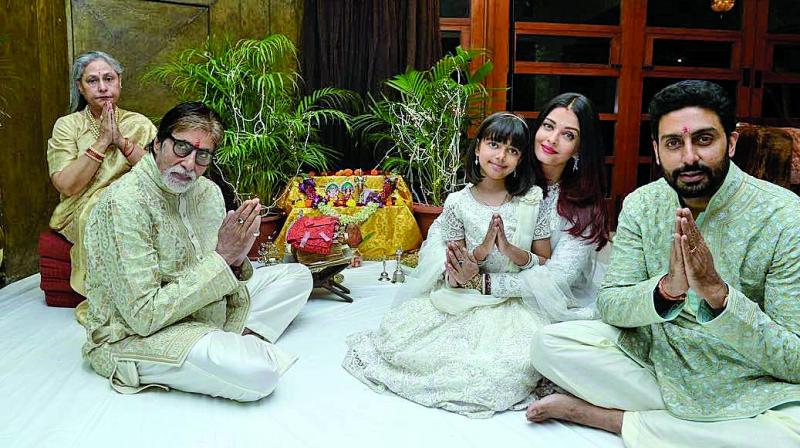 Bachchan’s Diwali party is a regular one for Bollywood along with Shabana Azmi and Javed Akhtar’s taash parties.

It is that time of the year when the tinsel town celebrities gear up to put their best foot forward. With the festival of lights just around the corner, the last minute planning for these high profile annual bashes are on a full swing.  Diwali parties are an annual tradition where friends and family from the fraternity are invited for a lavish get together and a night of revelry. On Wednesday night, film producer Ramesh Taurani hosted a pre-Diwali bash for his friends, which was attended by stars such as Salman Khan, Shilpa Shetty, Daisy Shah, Saqib Saleem, among others. All eyes were on Salman Khan as he arrived at the party along with Mahesh Manjrekar’s daughter Saiee Manjrekar, who is set to make her Bollywood debut with Dabangg 3.

As our B-town celebs negotiate the best route to hop from one party to the other, we ask them about the best parties in town. Farah Khan, for instance, is looking forward to playing her cards right. She may not reveal details about Satte Pe Satta, but she does tell us about the patte pe patta. “We all look forward to Amitabh Bachchanji’s Diwali party. We get to mingle and meet so many people at that star-studded party every year and I play cards too. We also have our puja at home with my husband and kids, but I have celebrated Diwali as a child though I am a Khan because we lived in a co-operative society,” says Farah whose close friend and colleague Shah Rukh Khan is known to host one of the most opulent Diwali bashes in Bollywood. The invite to Mannat’s bash is a coveted one and every celeb worth their salt makes it a point to drop in during the night. The decor and invites also have a special theme every year and Shah Rukh’s wife Gauri is known to plan each aspect of the party meticulously.

Bachchan’s Diwali party is a regular one for Bollywood along with Shabana Azmi and Javed Akhtar’s taash parties. Sonali Bendre and Goldie Behl’s place also used to be a hotspot to play cards and make the most of the festive season. 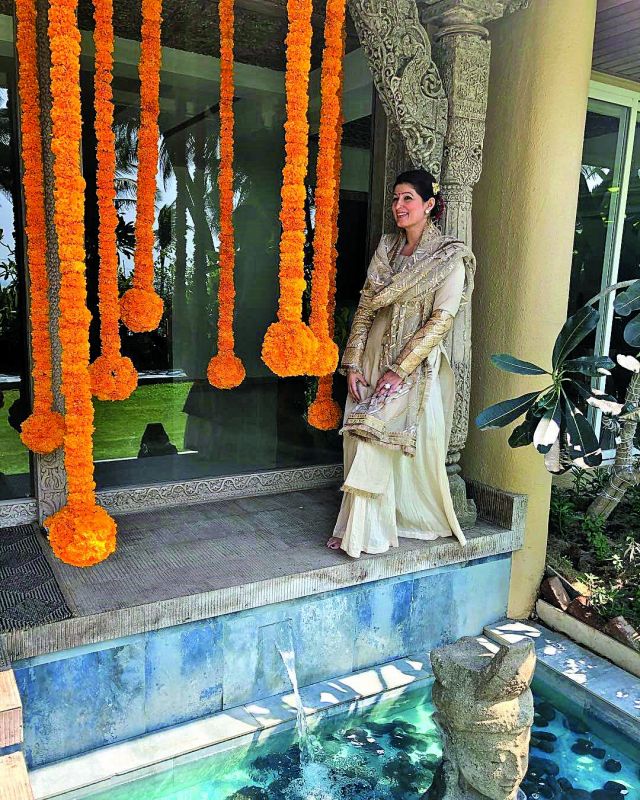 True to her signature style, Ekta Kapoor will be hosting her annual Diwali taash party at the family bungalow in Juhu. The party’s tempo notches up higher as the night progresses and the revelry continues until the wee hours of the morning. Speaking of card parties, Shilpa Shetty and Raj Kundra too have their taash parties during Diwali and Shilpa Shetty is said to be a novice at Poker compared to Raj.

But not everyone is game for cards. Jackie Shroff prefers to avoid the card parties and prefers indulging in charity during the festive season. “My way of celebrating Diwali is to give gifts to children from orphanages and also to street children. I give the kids whatever they want, from sweets to crackers. Helping the needy is a good habit. It makes them happy,” says Jackie.

Of late, Arpita Khan has been hosting her Diwali party as well and sometimes it is a Pre-Diwali party to ensure better attendance. Sanjay Dutt too is expected to celebrate his second Diwali party after emerging from prison. He had a fun party last year when he came out and mouthed expletives before asking the paparazzi to drink alcohol. “Kunal Kohli and Akshay Kumar were at one time the biggest ‘gamblers’ in Bollywood and Akshay used to have the cards party every year. We are not sure if he is doing it this year,” says a source.

With inputs from Sanskriti Media