Tenet is billed as Nolan’s follow up to his Academy nominated film Dunkirk, though details on the plotline are not available thus far. 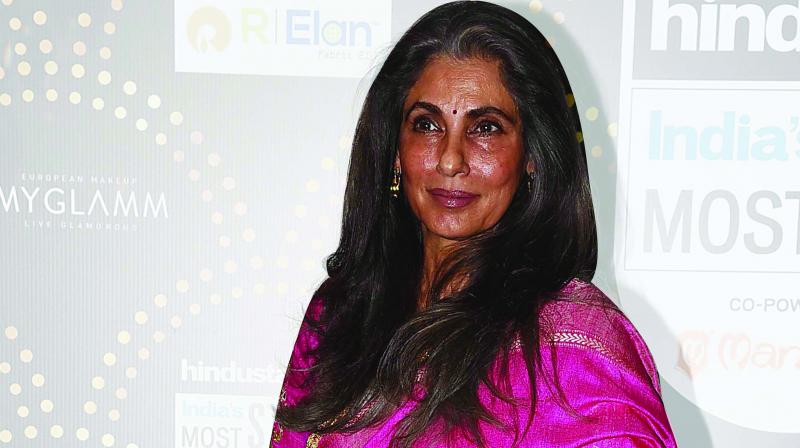 When Dimple Kapadia was filming for her first English language film Tenet, directed by Christopher Nolan, in Estonia, pictures of Nolan with a grey-haired woman went viral.

Dimple is now shooting in Mumbai with the Interstellar director, and has been having a gruelling schedule around the city, ranging from the Taj Mahal Hotel to the Gateway of India and the Colaba market. We are informed that a chase sequence will also be filmed during this week-long schedule in Mumbai.

“Chris wanted to film some scenes also during the magic hours in the morning and the evening to get the beauty of the cityscape, and hence it is a long schedule. Magic hour is the time before dawn and the time after dusk when the light is very beautiful and the natural light itself enhances characters. The cinematographer Hoyte Van Hoytema prefers that kind of lighting for his shots,” informs our source.

Tenet is billed as Nolan’s follow up to his Academy nominated film Dunkirk, though details on the plotline are not available thus far.

Other than Dimple, the film also stars Robert Pattinson, Elizabeth Debicki and Michael Caine. Tenet also stars Indian-origin English actor Himesh Patel, who has known for his work in Eastenders.

Nolan had come to India for a heritage event last year, when he liked the locations in Mumbai. He then came in February as well as April with his team to lock the locations for the film.