As KBC gears up for its 11th season, Big B gets nostalgic and talks about how he got started on the game show. 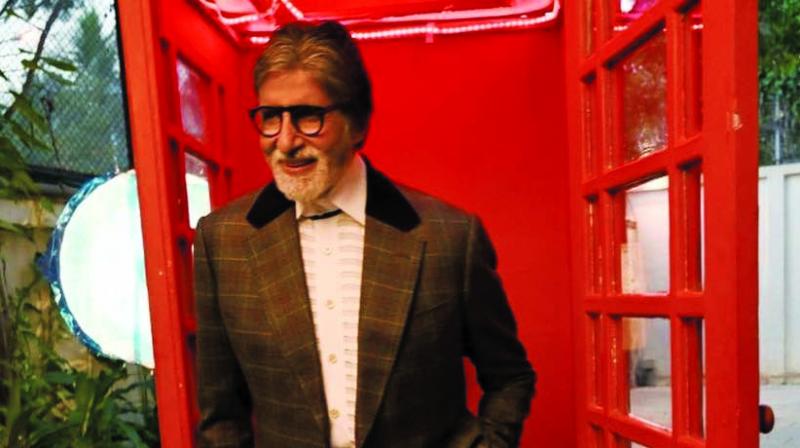 Amitabh Bachchan is back to the small screen with the 11th season of Kaun Banega Crorepati (KBC). However, doing the show was not necessarily his plan to begin with.

“It was a coincidence that the channel came to me with the offer in 2000, and my family felt that I should not take it up. I accepted it, but I didn’t know what I was going to do. I told them to show me the format, and they showed me clippings of the English show, plus we went to London to see how it’s conducted. I said ‘I can do it if you can give me the same conducive atmosphere’. They promised me that they would do their best, and every year they have been innovating and are making it better,” Bachchan says.

For example, a new feature called ‘Flip the Question’ has been added to the KBC game this season. “There are about 11 subjects you can choose from. The contestant gets the opportunity to flip the question if he/she is not able to answer. The computer gets to design the questions, and its very contestant friendly,” the game show host explains.

He finds that he also tries to evolve himself with every season of the show. “I try to do as the channel tells me to do,” he says, adding, “If they tell me and give me work next season, it will prove that I have evolved as an actor. I got to do a job and it is tough getting jobs these days. For me yeh meri naukri hai (this is my job), so I have to give my best.”

Looking back at his journey, the actor is honoured to be associated with the television programme for 19 years. “I am glad and it’s an honour that I get to do it every year. I get to host every season and learn new things; it gives me happiness.  For me, the big thing is of meeting contestants, learning from them, and maintaining good relations. We have invited many people who have done some service to the country. I wonder how they are inspired. It may be a woman from Kolkata who provides homes to the homeless. They have sad stories and it’s shocking, but at the same time, someone is doing something good for them,” the actor shares.

Speaking further about his relationship with the contestants on the show, the 76-year-old says: “It’s this opportunity to get to meet the contestants and know his/her story, and they are so emotional; they have knowingly conducted their lives. They break into emotions and it shows how much they wish to come here and earn money.  It’s the emotions that are translated, which provoke and motivate me. The way they show their expressions feels humble. The people who come in the Karamveer section are unbelievable.”

Through the show, Bachchan has met people from all walks of life who have inspired him. “They have set examples in life. We have women who have survived acid attacks come on the show, and are motivated to do many more things in life. There are old people who have been thrown out of their homes by their children. And there are some wonderful people who take care of them and give them homes. There are people who have worked in Banares and helped prostitutes. There are many who motivate me,” he explains.

On a more personal note, Bachchan says that his whole family supports him and watches the show. “Everyone in the family watches it. Jaya watched KBC, and I am especially grateful to her. People in the house play the game, and Shweta loves to play the game. None of the family members can come here as per the rules of the channel. Even Aradhya sees and gives her opinion at times,” he reveals.

Switching gears, the actor also addressed the recent floods that have wreaked havoc across the nation. “We have had floods this year that have devastated the country, but it’s wonderful to see people collectively coming out to help. Some call from America and are ready to help with whatever earnings they have,” he shares, adding that some celebrities and donors do not show off their charitable sides. “It is like we prefer doing charity, but do not like to make announcements about it. Lot of people from the industry are doing charitable work but they don’t like to talk about it; it’s embarrassing to talk about it. I was speaking to the Chief Minister about the relief fund and have tried in my own way to contribute to it,” he says in conclusion.