The actress raises the temperature in the leaked video from the web series with co-star Nishant Malkani. 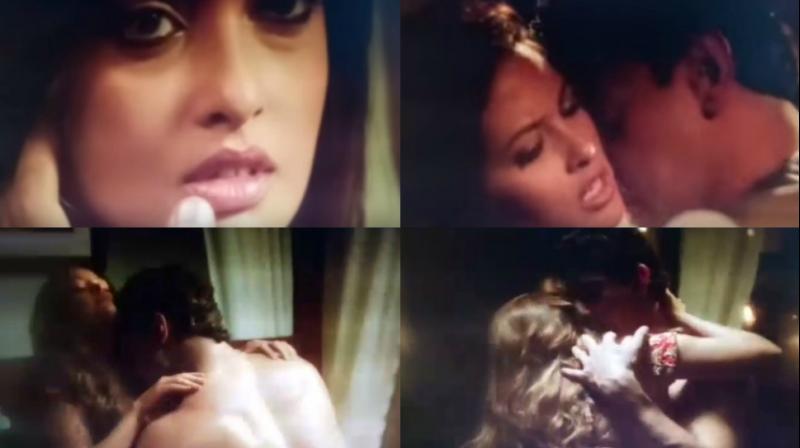 Mumbai: Starting off as a film starring newcomers, Ekta Kapoor's 'Ragini MMS' franchise has progressed by leaps and bounds.

The first part, which saw Rajkummar Rao before he went on his spree of critically acclaimed films, was a success despite any other popular star.

The second installment, saw Sunny Leone steaming it up and her song ‘Baby Doll’ becoming one of the biggest chartbusters in recent times.

The franchise is coming back, in a different format this time, the emerging medium of a web series.

A poster of the series showing TV actress Karishma Sharma's bare back few days back had gone viral and now a video of Riya Sen, also a part of the cast of the series, has got leaked and also following suit.

In the leaked video, Riya is raising the temperatures with her boyfriend, but what’s interesting is the fact that it is her wedding night and he just shows up. It doesn’t take her too long to go from ‘Oh, it’s my wedding’ to ‘If I’m sleeping with boyfriend on my wedding night, why would I stop after marriage?’

On a completely unrelated note, Riya has also got married recently and a picture of her kiss with husband Shivam Tiwari had also made headlines.