Shabana shot for the series in London, where she bonded with the entire cast. 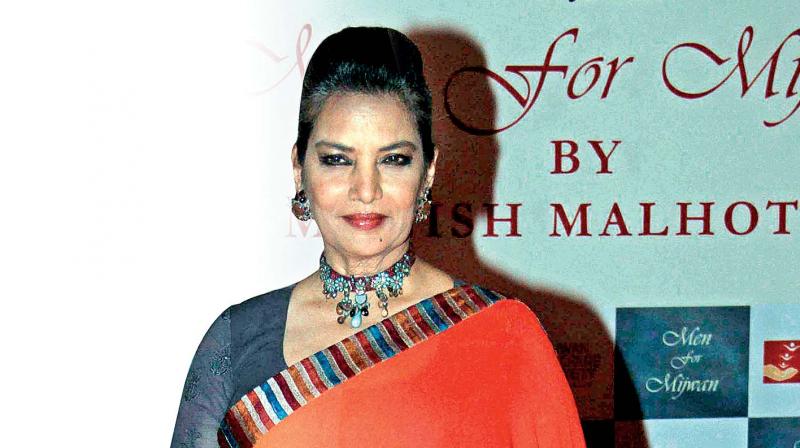 Next Of Kin, a drama series on British television, which airs this week, is creating ripples across the UK with its heart-rending portrayal of a pertinent dilemma. The show presents the issues faced by the Muslim Asian community in Great Britain, as it is besieged by acts of terrorism.

Shabana Azmi has a pivotal role in the series. She says, “It’s a six-part drama series about a family falling apart when a young member of the family disappears. I play Archie Punjabi’s mother, Mrs Shirani, who grows from being a conventional Asian to accepting change.”

Shabana shot for the series in London, where she bonded with the entire cast. “I vastly enjoyed being on my own for three months in London. The unit was lovely. Archie and I got along like a house on fire. Jack Davenport, who plays my son-in-law kept me regaled throughout,” she smiles.

Shabana even shares a Bollywood moment with Davenport in the first episode. She chuckles, “It’s a spontaneous moment in the episode. Jack was only too willing to oblige. I know I have two left feet, but I’ve been at this wedding in Delhi of a very close friend’s daughter. I have learnt to thrown caution to the winds and become the belle of the ball. For all you know, Farah Khan may be preparing a solo number for me.”

Shabana loved the Next Of Kin experience. “It was the first time Jack was in a project full of Asians, in which he was the odd man out. He kept joking about having to pay for the sins of colonisation by carrying bags of his Asian wife and mother-in-law! The director Justin Chadwick was also terrific to work with,” she adds.