One of which took place during the filming of his film Ishq starring Juhi Chawla, Aamir Khan, Ajay Devgn and Kajol. 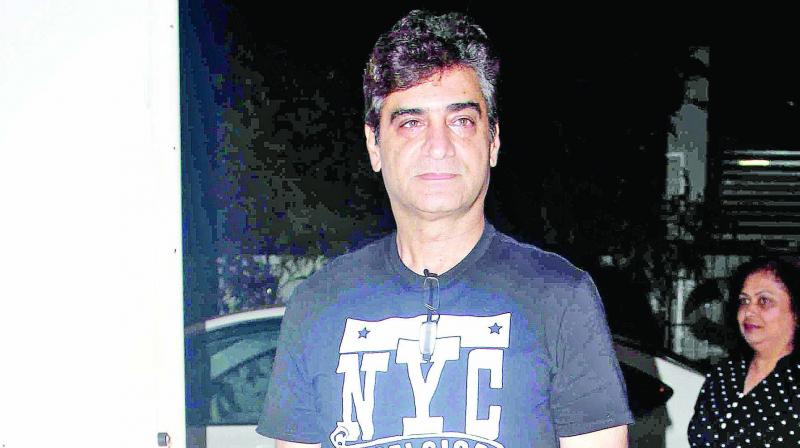 Director Indra Kumar, who has helmed cult classics like Dil (1990), Beta (1992), Ishq (1997) and more recently, Dhamaal (2007) and Great Grand Masti (2016) is now coming back with a multi starrer film, Total Dhamaal, which is an out and out comedy film. The director who is working with Madhuri Dixit-Nene and Anil Kapoor again after a gap of 26 years feels that these actors are truly timeless. “I do not see any changes in them. Madhuri looks so beautiful even today and Anil looks as handsome and energetic as ever. It’s our luck that all three of us have been able to sustain our relationship for more than 26 years now,” he comments. In his long-standing career in Bollywood, the director has fostered many-a-strong friendships. He has also been privy to some of B-towns biggest fallouts. One of which took place during the filming of his film Ishq starring Juhi Chawla, Aamir Khan, Ajay Devgn and Kajol. There was a conspicuous misunderstanding between Juhi and Aamir, off the screen. Ask the director to testify to these rumours and he says, “Truly speaking I would not know what exactly had happened between them. But I remember something was wrong. However, I would appreciate their professionalism, even though they did not talk to each other, but their performances were not affected even a bit.” Speaking about his collaboration with Aamir for a cameo role in Total Dhamaal, Indra Kumar reveals, “Actually, there was a scene between Anil, Aamir and Madhuri, but owing to Aamir’s busy schedule he informed me that it would not be possible for him to focus as he is busy. I have scraped this entire scene. I do not feel anyone could have replaced Aamir in this scene. Also, I had written this scene keeping Aamir, Madhuri and Anil in mind,” he explains.  Adding, “Aamir is one actor who literally gets into his character. But he is also a master in convincing anyone …he sent me a message saying,” Teri film “TD” toh waise bhi hit hi hone wali hai!!”

In the duration of the conversation, the director also tells us that his film Beta was to star Sri Devi initially and not Madhuri.  He clarifies, “Actually, I am forgetting the name of the director. He met with an accident so the film wasn’t made. The entire rights of the film were with Boney Kapoor, which was later given to me by him. Now it has been almost 29 years, I would not remember what exactly was the issue with Sri Devi. But when we decided to do the film, we cast Madhuri,” he reveals.

As the conversation comes to a close, the veteran director reveals the name of the one actor he regrets not working with and it is none other than Amitabh Bachchan. He remarks, “I regret not working with Shri Amitabh Bachchan,” he says explaining the reason for not having worked with Big B, despite having several opportunities. “Actually it was my mistake that I decided to start two films at the same time…Ishq and Rishta. So I hastily signed Amitabh Bachchan for Rishta. Ishq was already on floors, while we performed muhurat of Rishta. It is then that I realised I would not be able to handle two films at a time. It all happened because of me…it is my mistake. But Amitabh Bachchan was very considerate and told me “theek hai aap Ishq kar lijiye tab tak main Mrutyudaata ki shooting complete kar leta hoon.” Kumar also says, he was the only person to have returned the signing to Amitabh Bachchan Corporation Limited (ABCL). “By the time I cleared my schedule, ABCL was facing a crisis and we could not work together.
I really regret this though. I will surely approach Amitabh Bachchan again. But before that I need to write a script for him,” he chuckles.