The Laal Kaptaan actor says directing is too time-consuming for him, as he wants to be with his family. 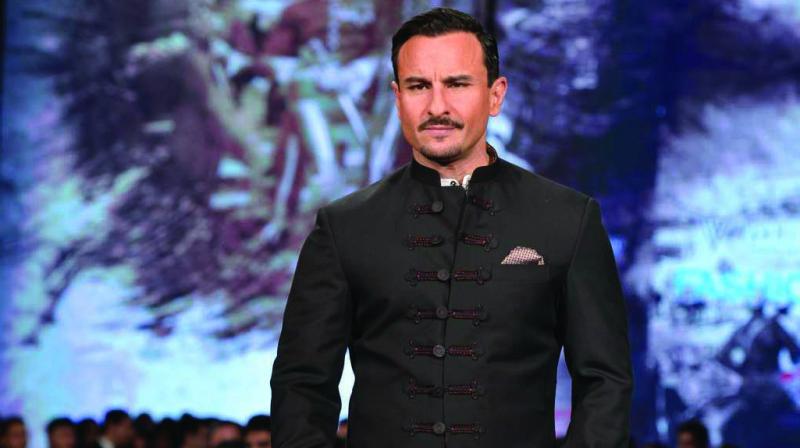 Saif Ali Khan is certainly back on the Bollywood scene and is using his Sacred Games-derived clout to fuel his full-fledged return to films. The actor has taken on a variety of different roles, which he finds particularly exciting.

“I enjoy being an artist. You will get money no matter what is exciting and interesting, any franchise or film you do, so the box office is the only thing an actor needs to be bothered about. The producer should worry about the box office collections. It’s the job of the producer to be able to judge and now which story will appeal to the audiences. I’m having a good time as an actor and enjoying this phase,” says Saif about his recent spate of films.

The actor is all set for the October 18 release of his next film Laal Kaptaan, which is about a Naga Sadhu on a quest for revenge. Speaking about the film, Saif says: “These guys who are making interesting films, director Navdeep Singh and producer Anand L Rai, offered this character to me. I loved the history of this part; the Mughal Empire collapsing and British coming in it was a wild time. East India Company Britishers were just starting to rule, so like a Bounty Hunter assassin type of character is quite interesting. It’s a revenge-drama set in that dangerous time, with action and a vendetta. It has a nice supernatural mystery too, which you will see when you watch the movie.”

Saif says that playing his character Gossain was particularly difficult. “It was interesting to play the part and also really difficult because there is so much makeup and so much hair — a couple of kilos on the neck — then guns and a carrying sword, and then one also has to sit on the horse in the sun. It’s difficult. Also for the character to come alive and find the power inside was difficult for me,” he reveals, adding that it took two hours to get ready and then another two to reach the locations. “Getting up by 5 am and coming back half-dead tired in the evening and doing important scenes was the hardest thing ever,” he says.

The actor had to brush up on old skills and learn new ones for the role as well. “Horse riding is okay, but we had to learn how to go two-steps forward and backward. It needed really a minute to learn that so I could reach the exact mark given. Galloping with a horse in small steps and forward and backward was challenging and strenuous. Plus carrying so much weight on the neck, you have to have a strong neck since you can’t move easily. I was not experiencing irritation, but it was a challenge. I used to get tired and wanted to remove all that by lunchtime, but later I got used to the weight. Finally, it started feeling okay,” Saif shares.

Meanwhile, Saif will also be seen in Jawaani Jaaneman, which is he is acting in and also co-producing. “I am excited about that as well. I had to change my body for the hunter-ish role in Laal Kaptaan, as the character is more like a pehelwaan rather than a gym-goer. While Jawaani Jaaneman is about a younger guy who finds out that he is a father late in life. It was a younger role, so the look was different,” the actor shares.

As for his directorial aspirations, Saif says he has none. “There is too much work as a director. And it’s too time-consuming to be sticking stringently to all your commitments. While taking to direction, there is no life and not enough money. Additionally, you are committed to one single project for almost 3 to 4 years, because you also need to be there while the editing and post-production work, etc. I want to be with my family,” he says in conclusion.