Veteran Bollywood actor Jeetendra has been accused of sexual abusing his cousin 47 years ago. 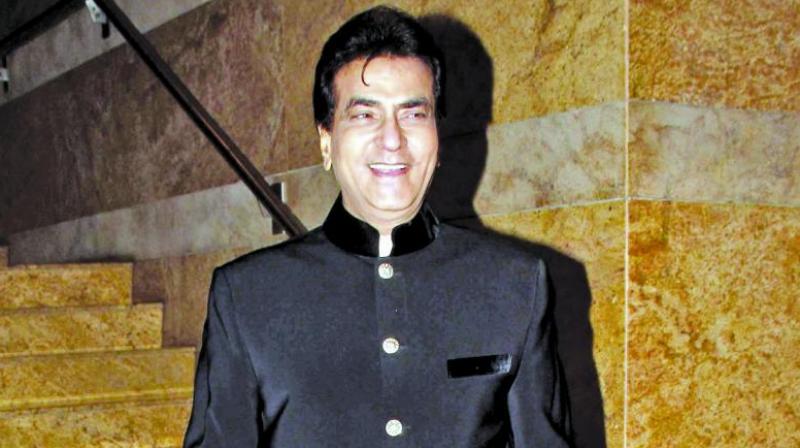 Jeetendra at an event.

Mumbai: Veteran Bollywood actor Jeetendra has been accused of sexual abusing his cousin 47 years ago, according to a complaint filed against him in  Himachal Pradesh.

The said cousin, according to a report in India Today, claims that Jeetendra abused her, who was just 18, at a time when Jeetendra was around 28, ten years older.

The incident happened 47 years back, when Jeetendra asked her father for permission to take her to a film shoot, where he allegedly sexually abused her.

Rizwan said, "Foremost my client specifically and categorically denies any such incident. Besides even otherwise such baseless, ridiculous and fabricated claims cannot be entertained by any Court of law or the law enforcement agencies after a span of almost 50 years. The Statute has provided a justice delivery system through the Courts, and the Limitation Act 1963 was specifically enacted to ensure that all genuine complaints are made within a maximum time limit of three years so that a proper investigation is carried out and timely justice is delivered."

He added, "Besides I want to make it specifically clear that the law does not give any person any rights or liberties of making any baseless, ridiculous or fabricated claims against any man publicly and seek to defame him with a hidden personal agenda. Media is therefore adviced to cautiously refrain from giving any importance to such ridiculous, baseless and fabricated claims, and they should not participate in any way whatsoever in defaming or assassinating the character of any man in such cases."

Siddiquee concluded, "In any event, the timing of this baseless complaint seems to be nothing but a miserable effort made by a jealous competitor to disrupt the business activities of my client and his esteemed Company. Such efforts are therefore in all fairness treated with the contempt it truly deserves."

According to the report, it took years for the victim to gather courage to file a complaint. This happened as a result of the #MeToo campaign, which encouraged the woman to take the step.

The cousin decided to file a police complaint after the demise of her parents, who, according to her would have been heartbroken, had they got to know about the sexual abuse by Jeetendra, their nephew.

Jeetendra, a Bollywood actor for almost 60 years now, is a producer and father of Ekta Kapoor and Tusshar Kapoor.