Now one hears more vociferous voices time and again advocating the the redundancy of marriage. 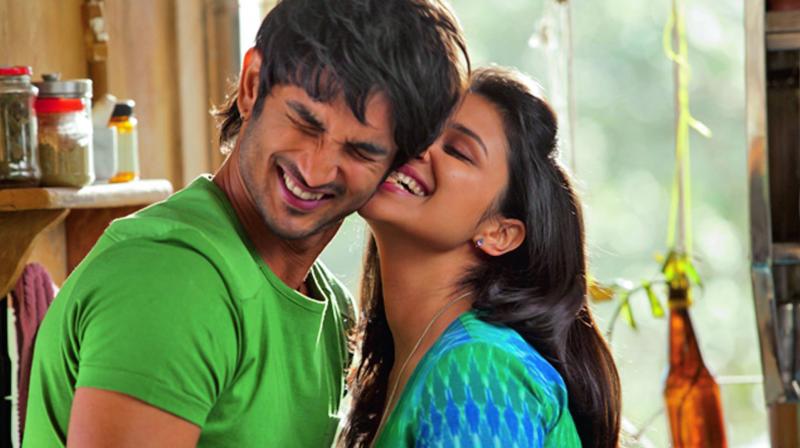 A still from Shuddh Desi Romance

A topic that is recurrently discussed in various forums is whether marriages is going out of style especially in the urban scenario? It’s time we too revisit the subject. With the availability of the ‘pill’; mandatory women directors in company boards; headstrong women on career paths being ambitious about their lifestyle; society is getting less judgemental about liaisons and live-in relationships. Now one hears more vociferous voices time and again advocating the the redundancy of marriage.

Earlier, it used to be the men looking at marriage more as a shackle, but now I observe numerous women see marriage as a limiting factor to various aspects of their life. No doubt it is more about women in the cities — who feel that their freedom and space getting constricted when they must accommodate a man for an existence that is questionably doubtful in terms of fulfilling emotional returns?

My friend Pearl raised some interesting points over coffee, “I can get all the hyped perks in a relationship of my choice without the noose, and with an in-built exit clause. And of course I could even be a mother without the archaic social stigma of our earlier times.”

Actress Neena Gupta is an acquaintance, and Sushmita Sen is a beloved friend. Both are doing a fantastic job of having a life and fulfilling the maternal aspects to their daughters without a man. Yes marriage is still the norm of course, but now a significantly high number isn’t as enchanted with the concept as they were in the era when marriage was considered a  girl’s singular goal in life. Women are presenting and embracing alternative views.

Then another friend Renuka, somewhere in her forties, feels the soppy love stuff is no longer her scene. “Marriage is an unfair deal, and makes you stupid. You make samosas and simper at his patronising word of pleasure. It’s all about his career, his progress, his priorities, judgement on issues! And the girl happily a cog in his grand design.

I dropped it all — the dishes, the rotis, the washing machine and the much praised multi-tasking,”she said. She felt free, and today, she looks happy with success at her work and a promising career graph with no mushy impediments or opportunities that were lost due to another person’s needs or demands.

No compromising upon her focus on things that are important to her. I have heard more stories in the similar vein. These women want more from life than the pat on their back from a man, and fulltime engagement with grocery lists  or putting out the pipe for the man.

What I would have to say is, there has been a radical shift in perspectives in the short span of last twenty years. Educated, aspirational and intelligent women are making a foray into work spaces or even in non-working lives, they do not necessarily need a man by their side. They are making independent choices and leading independent lives, and we have to acknowledge their position as right for them.

The quandary comes when there is uncertainty and indecisiveness. And let’s admit there is sometimes a confusion in a person’s life. It is the important, in fact necessary that the person seeks clarity of what she wants from life, introspect, talk it over with parents or friends, and then make a weighed decision.

Fortunately times are such, she can place her own needs and happiness above considerations of “What will peoplesay” especially in cities, because even if some wish to object, one is thankfully living in the times where every kind of relationship that promises your happiness has its place in society.