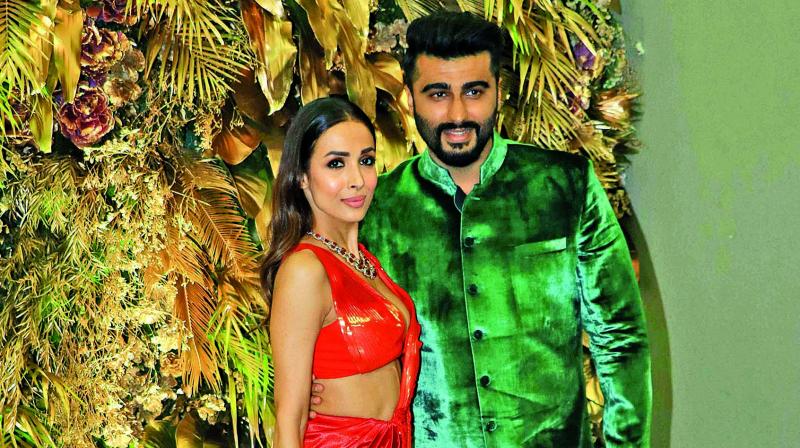 The city was abuzz on Tuesday with celebrities making their way to Armaan Jain and Anissa Malhotra’s wedding reception. The event was not only a star-studded affair, but many of the videos from the celebration have also gone viral.

Ranbir Kapoor and Alia Bhatt, who had given wedding a miss to be by the unwell Rishi Kapoor’s side in Delhi, came in for the reception with Neetu Kapoor. The three posed happily for the camera with Neetu in the center. Another head-turner was Malaika Arora in an orange lehenga with beau Arjun Kapoor.

However, the highlight of the reception remained the dance videos of Shah Rukh Khan, Gauri Khan, Karan Johar,  Kiara Advani, Kareena and Karisma Kapoor,  and the groom’s brother Adar Jain grooving to hit Bollywood numbers. Of the many videos, it was refreshing to watch Gauri Khan and Shah Rukh Khan dancing to the song Saadi Galli. She even shook a leg with Karan Johar.

Meanwhile, Kareena opted to dance on her iconic song Bole Chudiya along with sister Karisma and BFF Karan.