My sense of humour is often misunderstood, says Abhay Deol

Abhay Deol chats about his online debut, controversies and why he prefers being selective about his work. 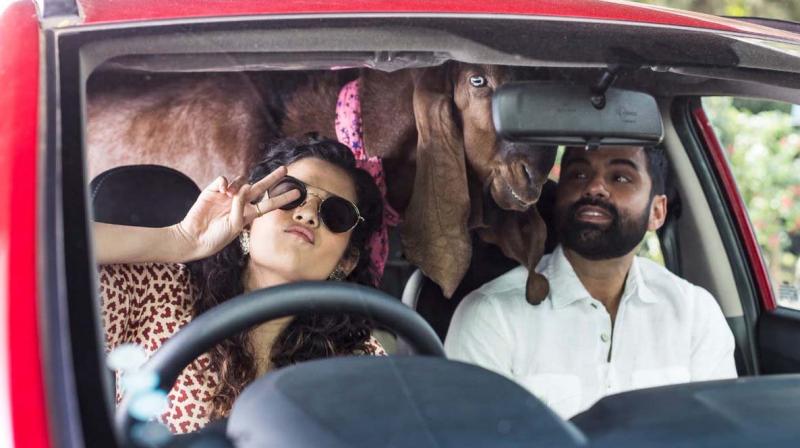 A still from Chopsticks

Over the years, Abhay Deol has earned the reputation of being selective with his choice of films. The actor who debuted with Imtiaz Ali’s Socha Na Tha in 2005 has, till date, been part of only a handful of films. His most prolific work was in the initial stage of his career when he played a Parsi newly-wed with superpowers in Reema Kagti’s Honeymoon Travels Pvt Ltd, a smart crook in Dibakar Banerjee’s Oye Lucky! Lucky Oye!,  a detective dad in Navdeep Singh’s Manorama Six Feet Under and an alcoholic in Anurag Kashyap’s Dev.D. But in the last decade, his film outings have become rarer. Says the actor, “I did get a reputation for being choosy and not very easy to be approached, and none of that is true. It is not that I am not approachable, it is just that I am trying to find myself and establish who I am as an artist.”

Abhay was last seen in a blink-and-miss role in Zero and has recently entered the digital space with Netflix film Chopsticks. And he is kicked about the new possibilities web-streaming platforms have opened up for actors. “You don’t have the pressures of conforming to the studios or the producers as much. It is allowed to have a narrative and pace that’s not derailed by songs and dance. Those advantages are nice but then, you can focus on the story and character graph in a realistic manner,” he says adding that online platforms are liberating. “It allows me to be quirky, which probably is not possible in mainstream cinema.”

In the film, Abhay plays a conman, a role he has essayed earlier. “I was always looking for relatability, because I am not someone cut out for larger than life roles. That only works when you have a ‘big daddy’ kind of supporting and investing in your marketing,” he claims further adding that, “If you don’t have a backup, you can only fall back upon the characters that you play.” And rightly so, his filmography has him playing roles that are backed by the script rather than tropes. “I am not here to play any game, I am here to perform,” he says. “So the story needs to be solid, contextual and should have the right tonality. Half your battle is won when the writing is good, and then you as an artist bring your personality into it.”

Unlike most Bollywood celebrities who refrain from taking a stand, Abhay has been vocal about issues such as gender parity, patriarchy and sexism in the industry. “Now I don’t want it to get into my head, I don’t want to be controversial just for the sake of it. But at the same time, I have a way of dealing with it. Like I have a sense of humor that is easily misunderstood but I can’t stop myself. I don’t think I am fearless I am just me,” says the actor, who is known to speak his mind, and not buckle under industry pressures. So, where does this courage come from? “I have nothing to lose and that’s how I see it,” he says, adding: “If you ask what the consequences are, you are more vulnerable and could be isolated or blacklisted. I have been through all of those and have survived in spite of the industry,” he says.

Times have changed in the industry now — content is king, and mainstream actors like Vicky Kaushal, Rajkummar Rao, among others, are making it work for them. This is also creating tough competition for actors. Speaking on the matter, Abhay says that the industry can now go one step further.  “So now today it is not just cricket and Bollywood, but other films as well. I think we can go a step further. Different platforms are producing their own content, which is far more real to look at. Actors want to do roles that are believable; there are heroes not because they have steroid bodies, but because they are sacrificing something they could have. Now, people are looking forward to their stars to do that because they just don’t want to idolise them, they want to relate with them. So this shift is amazing and I hope it grows,” he says.