No, the superstar didn’t say ‘no comments’ considering his equation with the actress, but instead left us in splits. 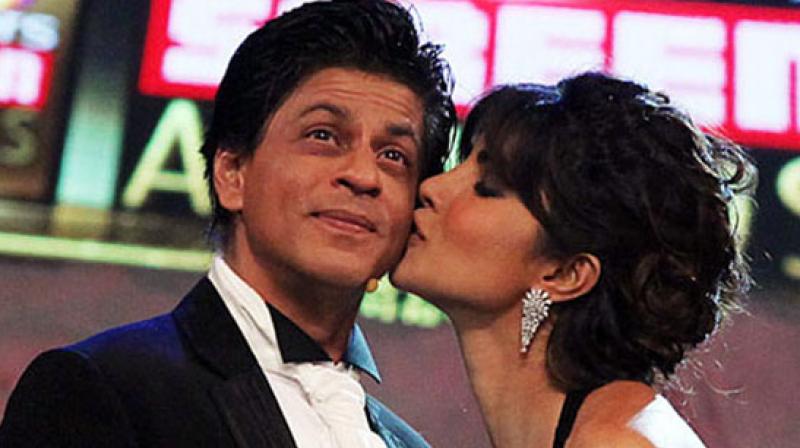 Shah Rukh Khan and Priyanka Chopra have not worked together for a long time now.

Mumbai: Bollywood superstar Shah Rukh Khan, who was earlier bestowed with the 'Ultimate Man of the Decade' at the Vogue Beauty Awards 2018, gave a witty response when he was asked about actress Priyanka Chopra's rumoured engagement to US-based singer-actor Nick Jonas.

Replying to a question about Priyanka's impending wedding to Nick Jonas, Shah Rukh replied with a joke. He said: "Even I am getting married. I'll send you an invite. I will send you the card for the reception and also, do come for the Mehendi."

Shah Rukh and Priyanka have worked together in films like 'Don' and 'Don 2'.

The news of the couple's engagement came after Bollywood director Ali Abbas Zafar said that Priyanka opted out from his upcoming flick 'Bharat' in the 'Nick' of time, owing to a very "special reason".

The speculation about their relationship brewed after the pair met each other's family.

First, Chopra met Jonas' family at his cousin's wedding in New Jersey, after which Nick travelled to India to meet Chopra's mother.

Meanwhile, talking about his much-awaited release 'Zero', Shah Rukh said: "Last two days are left for the 'Zero' shoot. I have been travelling to finish that off. Aanand L. Rai can update you regarding the film. He tells me that only he will talk about this film. So, I will not talk about 'Zero'. Colour Yellow (Rai's production house) is looking after the technical aspect of the film. We have decided a date for trailer release, but it will be too early to say anything. The work that I am doing in this film is enjoyable, but very time-consuming. So, I have kept myself away from all technical aspects and marketing."

Shah Rukh also thanked Vogue for featuring his daughter Suhana Khan on the cover of their next edition. He said that she holds a big responsibility on her shoulders.

"I am thankful to Vogue for giving me the Ultimate Man of the Decade award. It feels good. They have put my daughter on the cover of their next edition. It's a big responsibility for my children. They have been provided such a big platform, so, they need to really work hard. All the children, who belong to the film industry, are given certain entitlement considering that they are kids of film actors. But I think if you are able to give them responsibility they will do better," Shah Rukh said.

The Vogue Beauty Awards 2018 were held on Tuesday night.