With fans over obsession for sunny going out of hand, weird messages from people turn to mental harassment. 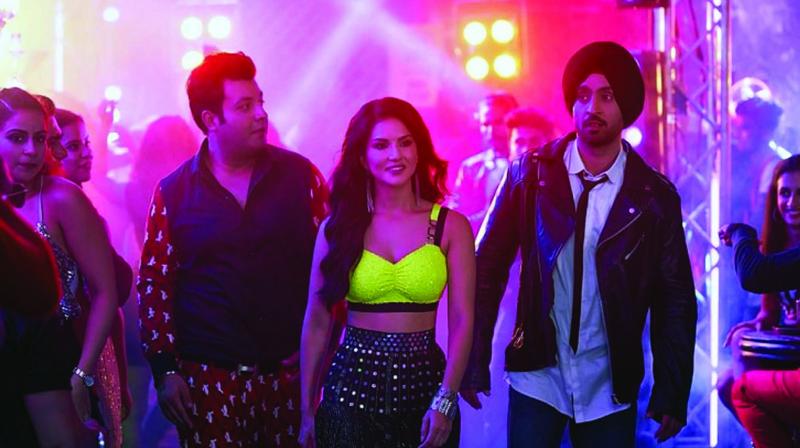 Still from the movie Arjun Patiyala

Puneet Aggarwal, a 26-year-old Delhi resident, recently had to bear this craziness from huge fan following of Sunny Leone. Since Friday, Puneet has been bombarded with innumerable of messages and phone calls from people who want to connect Bollywood actress, Sunny Leone.

The nightmare started after Punjabi film, ‘Arjun Patiyala’, hit the screen on Friday. In the scene, Sunny’s character is seen sharing her number to a policeman played by Daljit Dosanjh. As it turned out to be number actually belonged to a north Delhi’s Pitampura resident, Puneet Aggarwal.

“Last week, after the release of the movie, I started receiving calls from unknown people asking me to let them talk to Sunny Leone. Initially, I thought somebody is playing a prank on me, but after a while, I got to know that the makers of the movie have actually used my number and Sunny Leone’s character in the movie dictates my number,” said Puneet.

Having received over 500 unwanted phone calls, Puneet approached the Maurya Enclave police station with the complaint on Sunday.

“I am being harassed by many callers, people are abusing me and asking me to do some shameful favours. I have filed a police complaint yesterday but till now the police has not taken any action even after giving me assurance,” he added.

“We are looking into his complaint, but there is no criminal offense as such in this case. The complainant will have to seek a civil remedy,” said Vijayanta Arya, deputy commissioner of police (north-west).

“The caller wanted me to put him in touch with Leone. I thought he had dialed a wrong number, but then I began receiving more such calls. The calls came not only from across India but also from other countries such as Indonesia and New Zealand,” Puneet shares.

This is not the first time incident like this has happened. Back in 2003, movie Bruce Almighty also flashed a phone number and face of God (played by Morgan Freeman). For weeks after the film’s release, the number that matched with a subscriber in Buffalo had to dodge callers who kept asking to speak with God.

However, the film’s director, Rohit Jugraj, said he wasn’t aware of the situation.

“The stress was on the first four digits, which amount to the Hindi idiom ‘nau do gyarah’ (9211) which means ‘to run away’. On our part, we had taken care not to use any existing mobile phone number. I think Leone mentioned a nine-digit number,” said Jugraj.

Along with an item number, Sunny Leone has a cameo role in the movie Arjun Patiala.