Members of the party belong either to Scheduled Class (SC) or Other Backward Class (OBC), and have left their jobs “to join the revolution”. 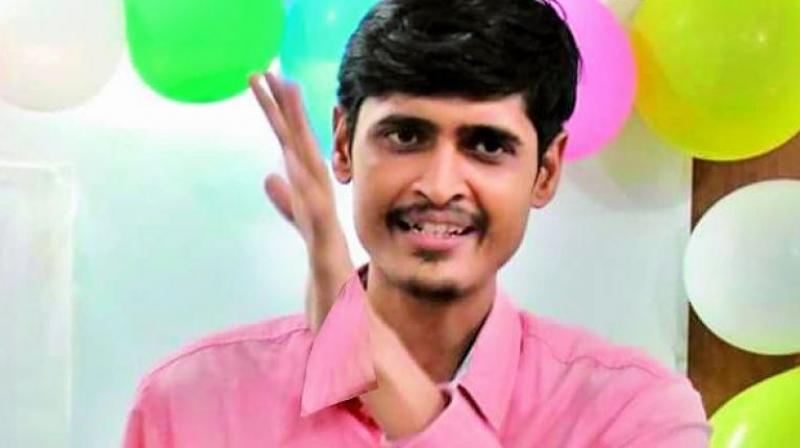 A group of 50 alumnus from IIT Delhi, Kharagur, and Madras, and some from NIT and other universities is preparing to float the Bahujan Azad Party as a national party.

Vikrant Vatsal was only 11 when on a parched summer’s day he was denied water in Bihar’s Muzaffarpur district by a man belonging to an ‘upper’ caste. He was returning from school and was headed to the nearest hand pump to drink water but a middle-aged man came out of a house and started calling him names, recalls  the 28-year-old IITian.

“They denied me water because I belong to the OBC category and the pump belonged to ‘upper’ caste people,” he said. This was the first in a series of experiences Mr Vatsal has had of the way backward classes are treated in this country. A Delhi IIT alumni, he is now one of the founding members of a political party, to be launched soon, to uplift the marginalised sections of society.

A group of around 50 alumnus from IIT Delhi, Kharagur, and Madras, and some from NIT and other universities is preparing to float the Bahujan Azad Party (BAP), as a national party. They have applied to get the party registered with the Election Commission.

“When the incident happened to me in class 6, I realised this has happened often with almost everyone in my community and we are made to feel like less deserving members of society,” said Mr Vatsal.

Most members of the party belong either to Scheduled Class (SC) or Other Backward Class (OBC), have left their jobs “to join the revolution”, and bring the marginalised sections — SC, ST, OBC, women, and so on, into the mainstream.

“Each and every party, be it BJP or Congress, ruling the country since independence has been trying to bring them (backward classes) into the mainstream and somehow they have failed miserably because that is not a prime issue for them. So we have decided to work for these people,” said Naveen Kumar, the president-in-waiting of the party.

Looking to fight the 2020 Assembly elections in Bihar, the party’s main focus will be improving the educational infrastructure there. Most of the me-mbers are from Bihar and were either in jobs or were preparing for UPSC and have left their jobs to work full-time for BAP. The average age of the members is 27 years. Mr Kumar, who gra-duated from IIT-Delhi in 2015 in textile technology just turned 26 on April 14.

Are they inspired by Arvind Kejriwal and the formation of the Aam Aadmi Party (AAP)? Mr Kumar replied that they were once a part of the agitation started by Anna Hazare and also supported the AAP in its initial days but were disillusioned. “Many of us were preparing for UPSC and some were already working in the social sector. While we were preparing, we researched a lot and came to know that there is hardly any representation at higher levels like in the judiciary, executive, and academia from our communities. Then incidents like the one in Saharanpur happened and we decided it can’t go on like this and we have to do something about it,” said Mr Kumar, who hails from Sitamarhi district in Bihar.

Many of the members, including Naveen Kumar and Vikrant Vatsal, have been running Mauka Foundation, an NGO which coaches underprivileged kids for the IITs at Re 1 per month. But they believe that underprivileged communities cannot be uplifted by this work alone, which is why they decided to enter politics.
Naveen Kumar says he never had the opportunity to excel in studies because the infrastructure in his district was very poor.

“The education system in Bihar is in a deplorable state. We believe that education is one field from where we can bring people into the mainstream and this is the first and core issue we are going to raise in Bihar.”

Mr Kumar believes that the new party will get enough support.
“Many of the majority community in Bihar right now, and educated people, are welcoming our work and telling us that the state needs people like us.”

In fact, he said that the educated class is becoming a medium for the party to spread the word among the marginalised about a ‘group of IITians’ who are coming to the state.

“We have got this tag of a group of IITians which is helping us. We have received calls from former defence and Army officers saying that they are hopeful about us and asking us to maintain our dignity and honesty,” he said.

Currently, the group is targeting the youth studying in hostels in Bihar and talking to them about their contribution to “building the nation”.

“Also there are many social activists at district and block level who are not affiliated to any party and are also spreading the word about our work.”
Asked about funding, Mr Kumar said that about 50-100 people, who are supporting the party from outside, are still in their jobs and providing financial support and working as think tanks.

The IITian said that the group is also getting a good response from alumni belonging to West Bengal and Rajasthan and their next stop after Bihar will be these states.