Increased spending on wedding and festive jewellery might support sales 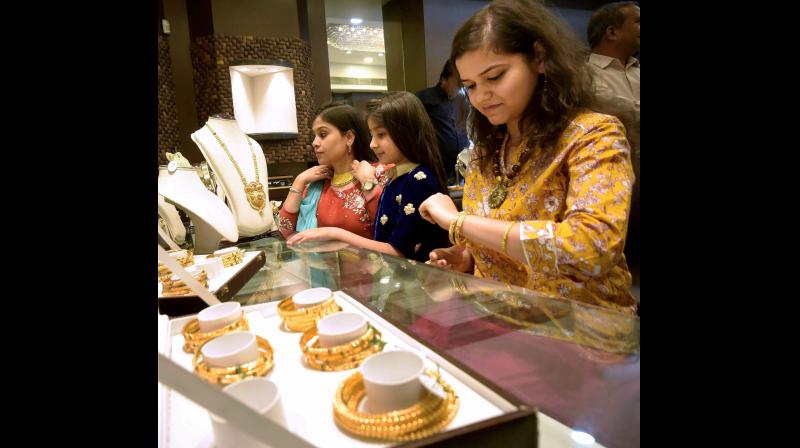 New Delhi: After two years of decline, jewellers are expected to see double-digit growth in revenues this fiscal. Increased spending on wedding and festive jewellery might support sales. Stable gold prices and recovery in discretionary spending will see gold jewellery sales growing 12-14 per cent this fiscal, according to Crisil.

The growth this fiscal will come on a low base as revenue had contracted 3 per cent in FY20 and 8 per cent in FY21. Demand in FY20 had taken a knock after import duty was hiked by 250 bps to 12.5 per cent in the Union Budget presented in July 2019. In fiscal 2021, pandemic-induced lockdowns and store closures impacted revenue. But the increase in gold prices helped limit the decline in sales to single digit levels.

“This fiscal, the revenues of organised jewellers is also set to benefit from lower import duty and introduction of mandatory hallmarking from June 16, 2021. This will make them more competitive compared to unorganised players.,” said Anuj Sethi, senior director, Crisil Ratings.

Ramesh Kalyanaraman, executive director, Kalyan Jewellers, said, “The pace of demand recovery witnessed in the first quarter was higher than what we experienced in Q1FY21, and the momentum in the stores that were operational was similar and comparable to that in Q4FY21. The compulsory hallmarking move by the government will play a significant role in transforming the sector.”