Two senior officials of a public sector insurance company said the industry expects as many as 10,000 floods-related claims. 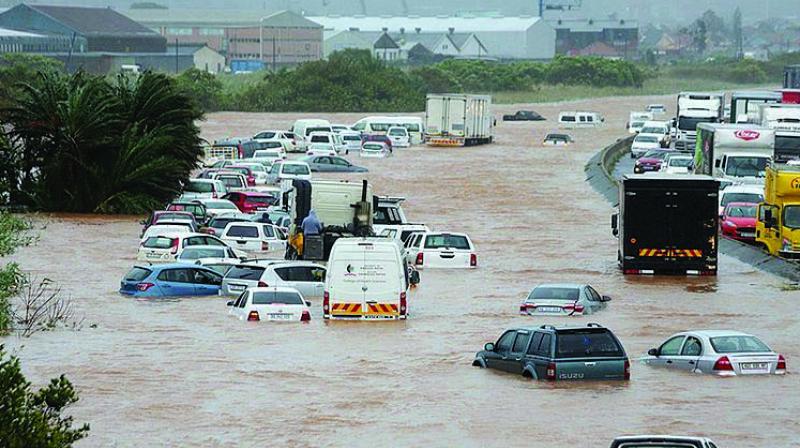 Keeping the flood scenario in many parts of the country, recently the Insurance Regulatory and Development Authority of India (IRDAI) advised insurance companies to expedite claim settlement.

New Delhi: With floods playing havoc in many states, insurers are likely to take a hit of over Rs 1,000 crore from unforeseen claims.

The floods have caused widespread damage to properties and lives in the states of Bihar, Assam, Maharashtra, Karnataka, Kerala, Punjab, Uttarakhand and Himachal Pradesh, among others.

Two senior officials of a public sector insurance company said the industry expects as many as 10,000 floods-related claims.

The state-owned Oriental Insurance Company (OIC) has received 400 claims from Kerala alone, worth around Rs 40 crore, while the insurance industry has received about 2,500 claims worth over Rs 240 crore from the southern most state, the officials said.

“Besides Kerala, other states have also faced similar widespread damages, which are main concerns for insurers, too. Though some relief works are still under way and several instructions have been given to lessen losses, we are still waiting to assess the final claims from all claim offices across the country. However, we are expecting a total over 10,000 claims, amounting to more than Rs 1,000 crore from across country,” they said.

As heavy rainfall continues to ravage large parts of the country, the southern states of Karnataka and Kerala are now dealing with the post-destruction phase while the northern parts of India is bracing for the worst.

As of August 19, at least 40 people have reportedly died, over 20 missing and properties worth crores have been damaged in northern states, including Himachal Pradesh, Uttarakhand, and Punjab. Besides, flood damage has also been sounded from parts of Delhi, Haryana, Punjab, and Uttar Pradesh.

Keeping the flood scenario in many parts of the country, recently the Insurance Regulatory and Development Authority of India (IRDAI) advised insurance companies to expedite claim settlement.

A senior official in a private general insurer said, “In the last five years, losses due to natural calamities have led to insured losses of almost Rs 25,000 crore. Most of the claims came from the Uttarakhand floods, cyclones Hudhud, Fani and Phailin, and the Chennai and Kerala floods.”