Banks queue up to raise billions

HDFC on Thursday raised $1 billion by issuance of AT-1 bonds, priced at 3.70%, which is 42.5 basis points lower than initial price guidance 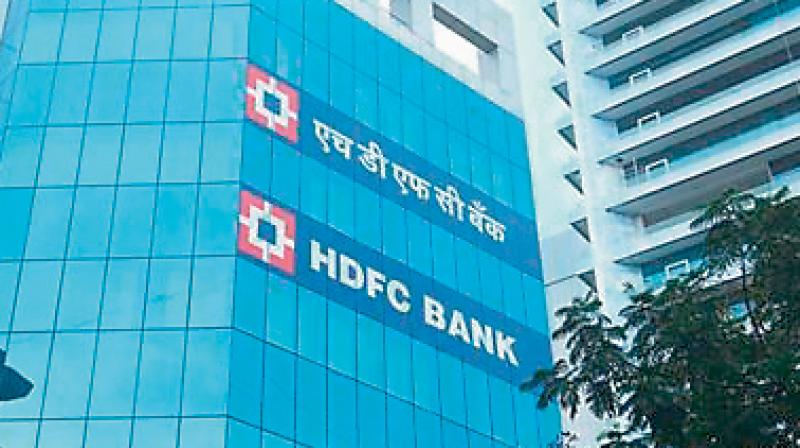 Now, the major lenders — in the public sector and the private sector — are busy in getting internal approvals for raising dollar bonds to infuse liquidity. — PTI

New Delhi:  After HDFC Bank raised $1 billion from overseas markets through additional tier-1 bonds, several other big names in the Indian banking sector, including State Bank of India (SBI), ICICI Bank, Axis Bank among others, are considering the option of raising funds from global markets.

According to a top official of a major bank, the lenders have initiated steps to infuse liquidity in the system through issuing Additional Tier-1 (AT-1) bonds  in the foreign markets as domestic markets appear to have been dried up.

AT-1 bonds or perpetual bonds carry no maturity date but have a call option. The issuer of such bonds can call or redeem the bonds, if it is getting money at a cheaper rate, especially when interest rates are falling.

After the Securities and Exchange Board of India (Sebi) came out with its regulation on valuation of AT-1 bonds in March, the market appeared to be dull in terms of appetite for perpetual bonds among institutional investors.

HDFC Bank on Thursday raised $1 billion by issuance of AT-1 bonds, priced at 3.70 per cent, which is 42.5 basis points lower than the initial price guidance.
State Bank of India had already raised $100 million through this route last year on an experiment basis.

Now, the major lenders — in the public sector and the private sector — are busy in getting internal approvals for raising dollar bonds to infuse liquidity.
The official said the board of Union Bank of India (UBI) at its meeting held on June 30 had given a go-ahead to the bank to raise Rs 9,700 crore. Of this, around Rs 6,200 crore are expected raised through the AT-1 bonds.

The official said Indian fund houses are not keen on buying buy perpetual bonds because of the Sebi’s guidelines issued in March 2021.

“When it comes to the insurers, they can definitely buy a 30-year paper, but then it will lead to lot of mark-to-market losses for them. The reason is that for pricing of a 30-year paper will certainly carry comparatively a higher yield,” the source added.

The demand for the AT-1 bonds, however, is higher in the overseas markets. Coupled with the demand, the lower cost of funds in the developed market has made the overseas option an attractive proposition for the Indian companies.