Ayurveda gets a leg-up, now part of disease management

The government has initiated a programme for long-term management of non-communicable diseases using Ayurveda. 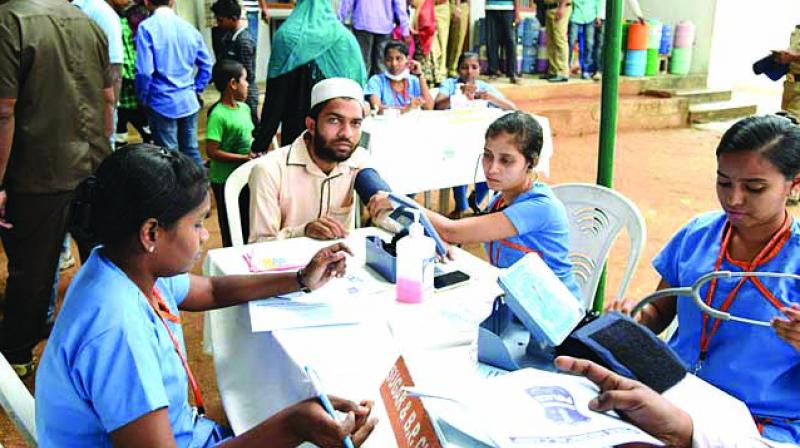 Chennai: The government has initiated a programme for long-term management of non-communicable diseases using Ayurveda.

Ministry of Ayush in collaboration with Ministry of Health & Family Welfare has implemented a project — Integration of Ayush (Ayurveda) with National Programme for Prevention and Control of Cancer, Diabetes, Cardio-vascular Diseases and Stroke (NPCDCS) programme — in a few identified districts.

The Central Council for Research in Ayurvedic Sciences (CCRAS) has also developed AYUSH-82, a formulation and has commercialised it for wider usage. It has also developed AYUSH-QOL-2C for improving quality of life of breast and cervical cancer patients in collaboration with the All-India Institute of Medical Sciences (AIIMS), Delhi and St. Jones Medical College (Bengaluru).

The ministry said to encourage the export of Ayush products, under Central Sector Scheme for promotion of International Co-operation, incentives are provided to Ayush drug manufacturers, entrepreneurs, Ayush institutions and hospitals for registration of Ayush products with regulatory bodies of different countries.

The regulatory bodies named in the release include Food and Drug Administration (FDA) of United States/Europe, the Middle East and Africa (EMEA)/ Medicines and Healthcare products Regulatory Agency of the United Kingdom (UK-MHRA)/ and Natural and Non-prescription Health Products Directorate of Canada (NHPD).