GSP boosts the competitiveness of American manufacturers by lowering their costs. 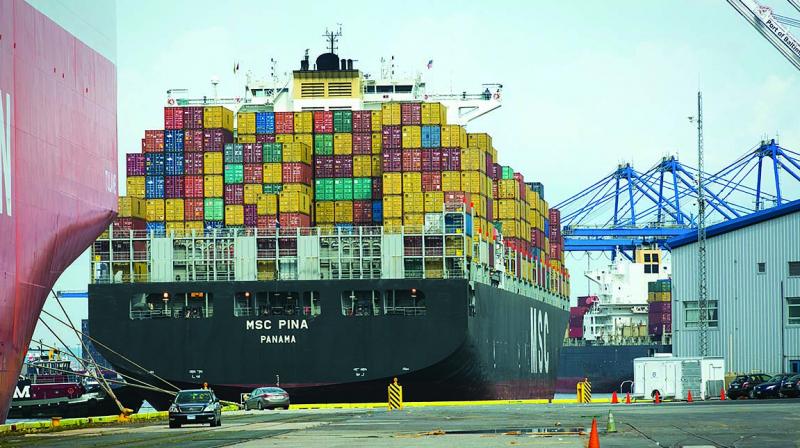 The Union Commerce Secretary Anup Wadhawan said, "The benefits in absolute sense and a percentage of trade involved are very minimal and moderate.”

Kolkata: The Narendra Modi government may have succeeded diplomatically in getting the US on its side in its fight against the Pakistan-sponsored terrorism, but when it comes to trade and commerce, the Trump administration has made its intentions clear to end India’s preferential trade treatment under the generalized system of preferences (GSP), precisely the same time. The preferential trade treatment under GSP otherwise allows $5.6 billion worth of Indian exports to enter the US duty free.

The Centre understandably downplayed the developments saying that the US government's move to withdraw duty concessions on certain products under the GSP will not have a significant impact on exports to America as the benefits were only about $190 million annually.

And not just the government, but different trade bodies and analysts have also felt that the impact would be ‘marginal’ or ‘negligible’. There is another school of thought, that thinks that GSP is beneficial to both countries and India should try and convince the US administration that discontinuation of GSP would be disadvantageous for the US trade and commerce also. Significantly, by statute, the changes may not take effect until at least 60 days after the notifications to Congress and the governments of India, and will be enacted by a Presidential Proclamation. So India still has 60 days time.

Whatever may be the impact, analysts think that the removal of GSP indicates a tough trade position by the US, especially for countries like India who benefited much from the scheme. The US was insisting that India reduce its trade surplus. India is the 11th largest trade surplus country for the US and India enjoyed an annual trade surplus of $21 billion in 2017-18. India’s termination from GSP follows its failure to provide the United States with assurances that it will provide equitable and reasonable access to its markets in various sectors.

The Centre is clearly putting up a brave front in the election year. The Union Commerce Secretary Anup Wadhawan said, "The benefits in absolute sense and a percentage of trade involved are very minimal and moderate.”

“Despite the fact that India was working on an extensive and reasonable trade package, the US has decided to go ahead with its decision to scrap the preferential trade benefit after 60 days. The package was covering all concerns related to bilateral trade with the US on sectors, including medical devices, dairy products and agricultural goods. India could not negotiate issues concerning interests of public healthcare. India exported goods worth $5.6 billion under GSP last year, but our total GSP benefits were to the tune of only $190 million,” said Wadhawan.

Sanjay Budhia, chairman, CII National Committee on Exports & Imports & Managing Director, Patton Group, on his part, said, “The continuation of GSP would have been beneficial to both countries. GSP boosts the competitiveness of American manufacturers by lowering their costs. Approximately two-thirds of US imports under GSP are raw materials, components, or machinery and equipment used by US companies to manufacture goods in the United States for domestic consumption or for export. GSP also helps American consumers by eliminating duties on a variety of usually inexpensive consumer goods. These benefits are real and tangible. US importers enjoyed nearly $730 million in savings on import duties under the GSP programme in 2016. In 2017, GSP saved American companies $894 million in saved taxes. Hence continuation of GSP is beneficial to both countries and the India government should try and convince the US government that.”

While admitting that the GSP duty benefit withdrawal by the US would impact a few sectors only, Federation of Indian Export Organisations (FIEO) President Ganesh Kumar Gupta demanded that as these sectors were availing higher GSP benefits, the government should look into providing fiscal support to these segments.

"The government should look into providing fiscal support to such sectors so that exporters reduce their export prices factoring in the fiscal support with a view that the landed price of such products remain more or less what was under the GSP regime," he said, adding that removal of these duty concessions would make these products relatively uncompetitive in terms of prices in the US market as compared to the same products being exported by other developing countries.

“Pursuant to the notification, the duty benefits would be under threat for about 2,000 products ranging from automotive components, industrial valves and textile materials etc. The duty benefits for India are in the range of $200mn, which is small as compared to total export of $50bn to the US in 2017. The US is pressurising each trading countries, which are having trade surplus with the US to re-negotiate the terms. This has been done with China and with other countries, now it is the turn of India. However, the India trade surplus with the US is around $28bn, which is very minuscule as compared to the trade surplus of countries like China,” said Rajnath Yadav, Senior Research Analyst-Fundamental Research Desk, Choice Broking.

— (With Inputs from Ravi Ranjan Prasad in Mumbai)

The Generalized System of Preferences (GSP) is a US trade programme designed to promote economic growth in the developing world by providing preferential duty-free entry for up to 4,800 products from 129 designated beneficiary countries and territories. GSP was instituted on January 1, 1976, by the Trade Act of 1974. The GSP programme requires periodical reauthorisation in order to remain in effect. Any interested party may file a request that the GSP eligibility of any current GSP beneficiary be reviewed. For example, the GSP review of India announced in April 2018.