After opening the day at 70.95 a dollar, the rupee hit the psychological 71 level mark against the dollar in the intra-day trade. 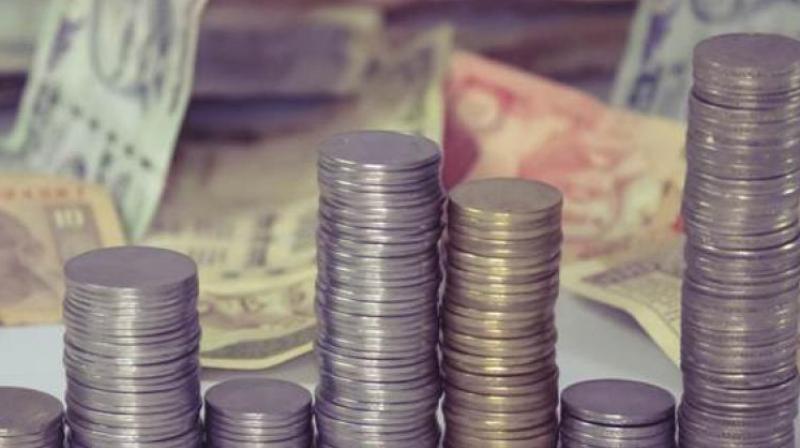 Mumbai: Rupee weakened further to hit a record low on Friday as persistent demand for dollar from importers and spike in global oil prices impacted sentiments. Experts added that the deepening crisis in Turkey led to weakness in entire emerging market currencies putting additional pressure on the currency.

After opening the day at 70.95 a dollar, the rupee hit the psychological 71 level mark against the dollar in the intra-day trade. While the local currency pared some of its early losses to hit an intra-day high of 70.85, heavy demand for dollar amidst expectation of further slide led to rupee closing the session at 71 a dollar compared to its previous sessions close of 70.74.

According to HDFC Bank, rupee is now expected to trade in the range of 70 – 72 a dollar in the near term as the crisis in Turkey has turned bigger than anticipated and the threat of escalation of a Sino-US trade war has intensified. “We assumed Turkey’s impact on EM assets to be a short-lived but it has lasted and sustained much longer than we anticipated. Most of the EM currencies have come under pressure after the Turkey news. There is around $179 billion (government+private) in Turkish external debt that matures in the year to July 2019, equivalent to almost a quarter of its annual economic output, which is causing the panic anticipating possible default. Effectively the Turkey-problem has become a stress point for European banks,” said Abheek Barua, chief economist at HDFC Bank.

According to him, the intensity of RBI’s intervention has also dissipated. While there is complete lack of communication from the RBI, comments from officials from the government and quasi-government agencies appear to give the impression that they support this fall in the rupee’s value in the interests of competitiveness, he added.