What we saw today will be historic if it opens the gateway for development and peace in #JammuAndKashmir, tweeted Gautam Adani. 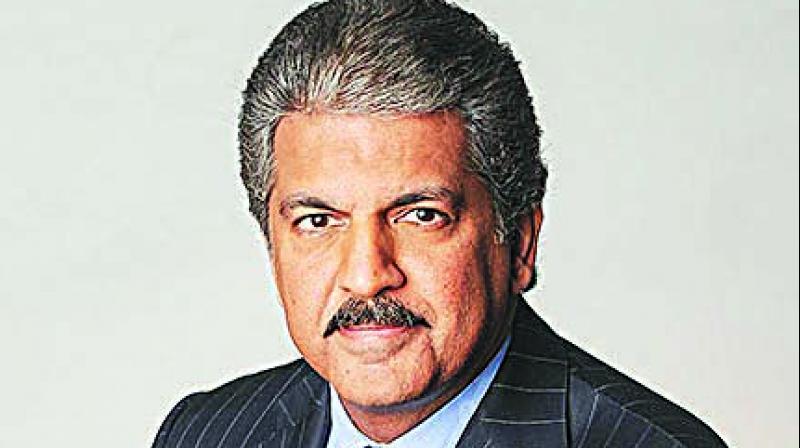 There are some decisions, which when taken, evoke the reaction 'Why couldn't this have happened earlier?' Today's decision falls in that category. It's time for us all to embrace Kashmiris as an indistinguishable & inseparable part of our national community, tweeted Anand Mahindra,

New Delhi: Industry leaders on Monday hailed Narendra Modi-led government's decision to scrap Article 370 which gave special status to Jammu and Kashmir, saying the "historic" move will not only empower its people but make India stronger.

The industry leaders also saw the development as the BJP fulfilling its election promise to do away with the Article and said it would pave the way for Jammu and Kashmir to attract large-scale investments.

"What the nation saw today will be truly historic if it opens the gateway for development and peace in #JammuAndKashmir. It will not just empower the Kashmiri people but make India stronger. #Article370," Adani Group Chairman Gautam Adani tweeted.

"Of course, it (scrapping of Article 370) will pave the way for Jammu and Kashmir to attract large-scale investments," President of PHD Chamber of Commerce and Industry Rajeev Talwar told PTI.

He further said since doing away with Article 370 was a part of the BJP's manifesto, it has the support of a majority of people in the country who voted the party to power with a decisive mandate in the recently held general elections.

Talwar said the government's move was good for the people of Jammu and Kashmir and for its development.

Earlier in the day before the announcement was made, Mahindra group Chairman Anand Mahindra tweeted, "Cannot pretend this is just another Monday morning. The entire country is waiting to exhale over Kashmir. Can only pray for the safety of everyone there & for an outcome that makes the nation stronger & the future more positive."

Later in another tweet, Mahindra said: "There are some decisions, which when taken, evoke the reaction Why couldn't this have happened earlier? Today's decision falls in that category. It's time for us all to embrace Kashmiris as an indistinguishable & inseparable part of our national community".

Narrating his personal experience, RPG Enterprises Chairman Harsh Goenka also tweeted, "We used to have two beautiful factories, including a tulip garden in Kashmir. With militancy these had closed down. With the #Article370 revoked, I expect investments to return and the saying come back true -- If there is heaven on earth, it is here, it is here, it is here."

In a tweet, he said he had always believed that Article 370 should be abolished.

"I support the @BJP on this decisive move. Also, glad to see them deliver on their election manifesto(sic)," Jindal tweeted.

He further said,"#Article370 is a landmark decision by any standard. It is a strong move by the @narendramodi & @AmitShah to abrogate #Article370. This ensures that #JammuAndKashmir enters Indian mainstream and becomes a part of our great nations collective growth #JaiHind".

According to him, the 'archaic' Article 370 unfortunately worked against the common good of the Kashmiris.

"With its abolition, I am certain that nothing will stop peace, prosperity & harmony to grow in the valley and I hope that the community sees this only as a positive move for their benefit, he added in the tweet.

The government revoked Article 370 and proposed that the state be bifurcated into two union territories, Jammu and Kashmir, and Ladakh, a bold decision that seeks to tackle head-on the vexatious 72-year-old problem wracking the soul of the nation.

Union Home Minister Amit Shah made a statement in Rajya Sabha on the same, fulfilling the electoral promise of the BJP.

While it sent a wave of jubilation among government supporters and others, it also provoked outrage from the NC and the PDP, the principal political parties in Jammu and Kashmir.