When a cow turns into a ‘rakshak’

Three leading English publishing firms set up offices in India at the end of nineteenth and beginning of the twentieth centuries. 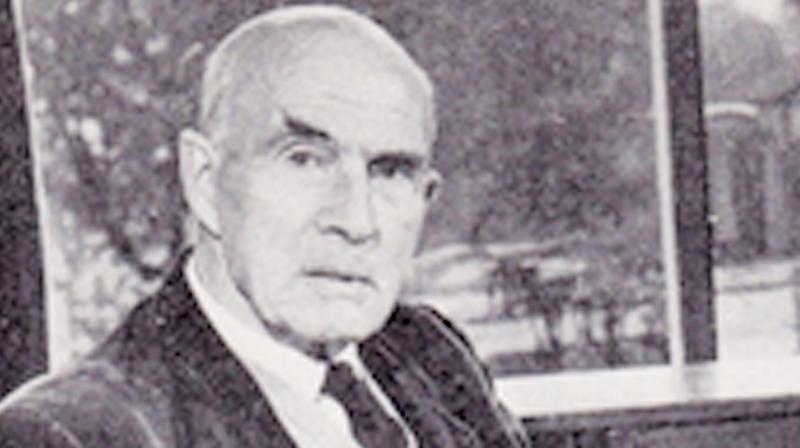 Three leading English publishing firms set up offices in India at the end of nineteenth and beginning of the twentieth centuries. These were Longman Green which established a sales depot in 1895 followed by Macmillan and Oxford University Press opened an office in Bombay in 1912. This was to consolidate and nurture a growing market for books in India developed earlier by visits of  traveling salesmen of English firms to sell books both to the resident English as well as a growing population of Indians who had taken advantage of English education introduced by Macaulay's  Minute in 1835. By all means, Emile Victor Rieu (1887-1972) was a curious choice to head the Indian operations of the Oxford University Press (OUP). He was a scholar and academic trained in the classics. But he  was a product of Baliol, an 'Oxford' man and that was all that mattered to Humphrey Milford, the Oxford Publisher, who took almost three years to find him. In 1912, Milford asked Rieu, 'Is  Shanghai on the way to Bombay?'  'Yes, if one goes by the Trans-Siberian Railway', replied Rieu. In case one thinks a lesson in geography may be in order, Milford had wanted Rieu to go out to  Bombay via Shanghai. He was dissatisfied with OUP's agent in Shanghai and wanted Rieu to check and if necessary, sack him, which Rieu dutifully did. Rieu reached Bombay in September 1912 and set up the OUP office on Hornby Road. Milford gave the OUP managers quite a bit of autonomy and freedom to operate and Rieu  vindicated his trust. He gradually grew OUP's business initially in the area of school textbooks and among the first academic books that were published was 'Essentials of Psychology' by a then young and comparatively unknown lecturer in philosophy, Sarvepalli Radhakrishnan.  Radhakrishnan was  of course to achieve fame later first as the Spalding Professor of Eastern Religions and Ethics at Oxford and later as Vice President and President of India. Rieu returned to England in 1914 after a stint of two years and got married to Nellie. The newly  weds had to cut short their honeymoon and return to India as war had already broken out. Moreover, Cass, Rieu's assistant had resigned to join military service.

Learning that his three brothers had been killed in action in France, Rieu asked for and received  permission to sign up for service and received a commission to join the 105th Maratha Light Infantry The answer to Milford's query as to who would run the branch in his absence, Rieu answered 'My wife!'. Nellie did run it and very competently too for two years, her earlier stint at Edwin Arnold in London standing her well, and in spite of two babies. Rieu returned to office in 1918 almost at the end of the war.

A week before Armistice Day, Rieu had to solve the urgent problem of shifting the office. Their landlord had given notice that they had outgrown the space in the first floor and moreover, he feared the weight of the stock of books would put too heavy a load on the floor.  Rieu, realizing that the  growing weight of books would indeed pose a problem did find suitable premises on the ground  floor at Elphinstone Circle. The premises came along with a basement which was ideal for  warehousing stock.  What the landlord failed to mention that the premises came along with an  indolent cow which took up a  leisurely position at the entrance on most afternoons. Nothing  would make the cow move from its habitat, nor did the office goers try to move the sacred animal.  The more nimble footed did a 'hop, skip and jump' over the animal to reach the stairs. Sales staff  who found this exercise arduous, spent the whole day on field visits. There is no record of the  savings to the OUP on a security guard due to the due diligence of the vigilant cow! Reasons of health forced Rieu to return to England. He was succeeded as manager by Geoffrey Cumberlege who would soon rise to become the Publisher at Oxford. Indeed, a stint in India was considered very good training for the OUP managers and one of them became Vice Chancellor  of  the University of Oxford. Rieu himself was to achieve fame as a translator of the classics. He translated Homer's The Iliad and The Odyssey from Greek. His knowledge of both Latin and Greek was to prove useful and he soon  became the general editor of the Penguin Classics from 1944-64. He was so absorbed in his work  that it is rumoured he even ignored calls to take refuge in the underground shelter during the London bombing of the second world war. What is perhaps not so widely known is that Rieu was a remarkable writer of fine verse for children. In his poetry, his humour and sympathy for children is evident. 'Hall and Knight'  was a poem that  Rieu wrote to record his sympathy for the generations of schoolchildren who had to endure Hall and Knight's  'Algebra' which was the standard textbook in mathematics. To summarize the poem : 'When he was young, his cousins used to say of Mr Knight, This boy will write an algebra or looks  as if he might'.  But he very soon discovered he couldn't write at all and his heart was filled with  yearnings for a certain Mr Hall. So Mr Hall and Mr Knight, they took leave together and they  worked hard at algebra in any kind of weather. Determined not to give up until they had evolved a  problem so constructed that it could never be solved.  'How hard it is', said Mr Knight, 'to hide the fact from youth that x and y are equal, it's such an obvious truth'.  'It is', said Mr Hall, but if we gave a  b  to each, we'd put the problem beyond our little victims' reach'. And they printed off the Algebra and sold it off to the chaps. Thus Rieu as a  scholar of the classics showed his disdain for mathematics and his sympathy for a multitude of schoolchildren who had to grapple with the intricacies of Hall and Knight's 'Algebra'. But Hall and Knight live on. Their books continue to sell and their Higher Algebra is still used as a text for the joint entrance examination in engineering studies in India. The poem 'Sir Smasham Uppe'  depicts the eccentricities and clumsiness of an absentminded noble thus revealing Rieu's sneaking sympathy for children who are all thumbs and a bundle of nerves. 'Good afternoon, Sir Smasham Uppe, we're having tea, do take a cup. Good gracious me, the silly  thing slipped off your knee?  Pray don't apologize old chap, a very trivial mishap'. 'A chair?, allow me sir'. 'Great Scott, that was a nasty smash, eh what?'  Oh, not at all, the chair was old. Queen Anne or so we have been told'.  'That china plate?', yes, worth a lot.  A beauty too , ah, there it goes, I trust it didn't hurt your toes?'  'You must be off?,  well, come again, so glad  you're  fond of porcelain'.