Book review: A case for our fragile ecosystem...

In his book, Sekhsarai is dedicated to the cause of retaining the endemic nature of the islands as well as its original inhabitants. 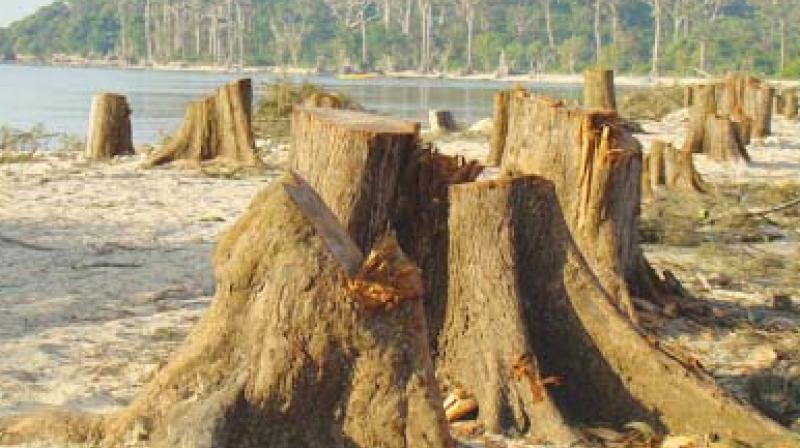 On visiting Andaman this March end on a family vacation, we decided to take the Andaman Trunk Road (ATR) to reach the northern end of the island from Port Blair on the south-east. The ATR runs along the Jarowa Tribal Reserve, the area demarcated for the tribe, and it is the main point of contact between the tribal population and the locals who use the road for trade and tourism.

There are marked differences between the Jarowas and locals, mainly Karens (originally inhabitants of Myanmar), Bengalis and Tamils, in terms of appearance, lifestyle and culture, leading to a conflict of interest when they meet. Hence, the ATR traffic is regulated by allowing convoys to pass at fixed times and the convoys are chaperoned by Army vehicles to ensure that there is no interaction with the Jarowas whose numbers have dwindled since the tribe established contact with the outside world.

While our convoy was passing through the ATR, a tourist bus broke down and all the vehicles came to a halt. Most of us had to get off to let our vehicles bypass the bus. Out on the road, we saw Jarowa men, women and children, dressed in shirts, trousers and flowing dresses, and this led to a general excitement. Most of us had half-baked ideas about the Jarowas, and how they once were hostile to outsiders, using bows and arrows to keep them away. Some of the more enthusiastic tourists even took out their cameras.

However, it is this kind of tourism where the Jarowas are reduced to a spectacle for their exotic looks that has come under fire in recent times and there are strict rules in place to prevent tourists from taking pictures. But rules are often broken until someone takes the onus to prevent that. This time around, a Jarowa man took it upon himself to shout at a tourist who was slyly taking out his camera. He spoke in clear Hindi and warned the tourist of being arrested. It was a moment that caught everyone off-guard because despite the changes in Jarowa attire, nobody had expected them to speak in fluent Hindi to reinforce their right of being treated like equals.

I picked up Pankaj Sekhsarai’s fiction, The Last Wave (2014), from a bookshop in Andaman. It highlights the loss of agency that the Jarowas went through after they decided to open up to the outside world. For Indians who know little about the islands, it is the perfect start to understand the state of affairs in the Bay of Bengal island system. 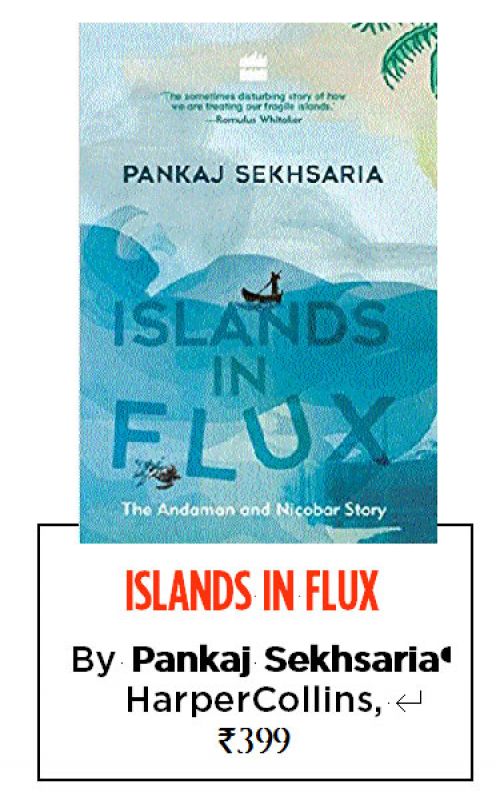 It is written on the lines of The Hungry Tide by Amitav Ghosh. Just as Ghosh’s book captures the Sundarbans, Sekhsarai’s book merges many anecdotes about the Andaman and Nicobar Islands, capturing the many facets of the island. These include the tribal and local populations, the crocodiles in the mangroves, the turtles on the beaches as well as the outsiders who reached the islands and stayed on or left.

Sekhsaria is a researcher, writer and academic who has worked in the field of environment and wildlife conservation with a focus on the Andaman and Nicobar Islands as a member of the environmental action group Kalpavriksh.

Islands in Flux: The Andaman and Nicobar Story is a compilation of Sekhsarai’s journalistic writings on the Bay of Bengal island system, research papers and court documents, giving a comprehensive picture of the changing ecosystem of the islands. Sekhsarai says in the preface that he thought about the book in 2016 after then environment minister Prakash Javadekar showed a “striking ignorance of the recent context and history of the islands” in his plans for the islands.

In his book, Sekhsarai is dedicated to the cause of retaining the endemic nature of the islands as well as its original inhabitants, both facing the threat of extinction, or in the least, a state of permanent damage, for the thoughtless handling of their interests by mainlanders and outsiders. The book is filled with interesting incidents like late President A. P. J. Abdul Kalam’s grandiose military and tourism plans for the fragile islands on the aftermath of the 2004 tsunami, or the cutting down of nearly 400 trees so that former President Pratibha Patil’s helicopter could land safely.

The book talks about the problems that the islands are facing and there is a demand for action and activism in its passages. Sekhsarai builds up the case against timber extraction as well as the ATR by citing research papers and court judgments that are yet to be taken seriously and implemented. He cites research that shows logging is turning the tropical evergreen forests into deciduous, leading to a loss of biodersity and endemic species.

The curious case of the ATR, joining north Andaman to the south, is another focal point of the book. The unregulated exchanges between the Jarowas and outsiders on the ATR often lead to controversies. In 2012, a video footage showing semi-naked Jarowa tribal women, allegedly being ordered to dance before tourists, prompted the Centre to seek a report on the incident from the administration. The case made headlines in many Indian newspapers, but Sekhsarai offers a better understanding of the complexity of the issue through his study of the Jarowas as well as the locals.

Sekhsarai highlights the problems of unregulated contact with the Jarowas with facts and figures, like the outbreak of mainland diseases among the Jarowas or the loss of forestland due to the cutting of trees, which in turn adversely affects their lifestyle and number.

In a 2002 judgment, the Supreme Court had ordered the shutting down of the ATR, but it was never implemented. Here, the economic interests of the local populations who elect Andaman’s single MP are prioritised over and above the interests of the Jarowas, a dwindling population. However, Sekhsarai reminds us that the Jarowas have been residing in the islands from much before the mainland Indians found their way to it. The local administration promised to create an alternate sea route by May 2015, but even in 2017 the ATR traffic is up and running.

Islands in Flux is a cautionary book about what happens when our leaders in Delhi forget to pay attention to those parts of the country that lie far away. They look to the islands only as a strategic military location. Sekhsarai focuses on the government’s militaristic vision for the islands, specially after the 2004 tsunami that has pushed the Nicobar to the fringes more than ever. The Nicobar Islands were affected on a larger scale than the Andaman by it. It changed Nicobar’s topography and caused the most deaths there. However, the author cautions us against reducing the richest part of our country in terms of endemic species into a mere Army base.