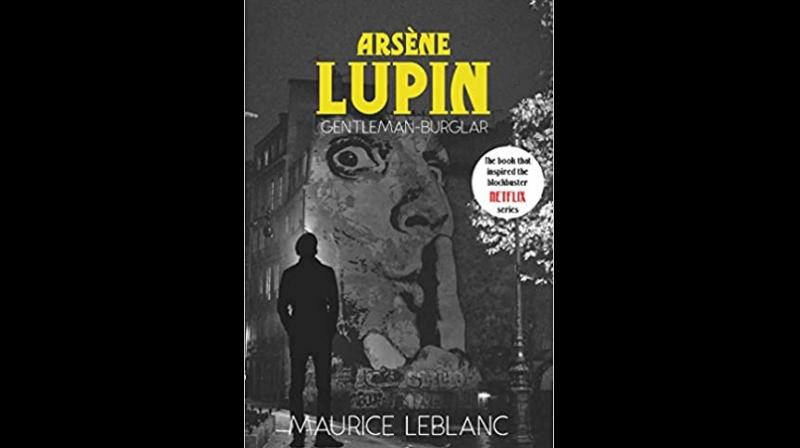 Nothing quite prepared the French novelist Maurice Leblanc (1864-1941) for the phenomenal success of his gentleman burglar, Arsene Lupin, when his first short story on Lupin was published in the literary magazine Je sais tout in 1905. The story written at the editor’s request, was based loosely on Arthur Lebeau, a gentleman thief, the star of a French comedy of the time. The reaction of the reading public to the Lupin story in a collection of short stories was sensational.

Conan Doyle’s stories featuring Sherlock Holmes were also published first and serialised in the Strand Magazine though “A Study in Scarlet” was first published in Beeton's Christmas Annual in 1887. The publishing of short stories or as a part of a series was, of course, to popularise the magazine and increase its readership. They served to fulfil another requirement. They tested the attention span of the reader and gauged whether the reader wanted more and perhaps a full-length novel? The answer in the positive seemed to be a resounding success for both Conan Doyle and Leblanc.

Leblanc was to go on to write 20 full-length novels featuring Arsene Lupin plus five authorised sequels. As it featured Lupin as a gentleman-thief turned detective, Leblanc had also to face objections from a councillor in Paris with the same name. Lupin has also featured in several movies, television and theatre productions. The history of Lupin has an uncanny similarity with that of Sherlock Holmes in the sense the character assumed a much larger than life role for the author. Conan Doyle made a determined effort to write other stories, like “Brigadier Gerard”, “Professor Challenger”, “Captain Sharkey”, etc., but history knows him as the creator of Sherlock Holmes. While Leblanc did not quite resort to, as Doyle did, to kill off Holmes and then bring him back, Leblanc bemoaned, “Lupin follows me everywhere. He is not my shadow. I am “his” shadow'. Leblanc wrote two science fiction novels and even tried to shake off Lupin by creating another detective called Barnett but the Lupin shadow continued to loom large.

In Arsene Lupin – Gentleman Burglar published by Hachette in its Chancellor Yellowback edition, we see more evidence of this shadow. Published to take advantage of the Lupin series on Netflix, we can see the series does fall short of the book. In fact, the cover does depict the visual from Lupin but falls short of the covers of the earlier books. All of them featured Arsene Lupin in the top hat, cravat and monocle, as was the montage in the television series Arsene Lupin of the time.

The stories included in the book are well worth reading. The reader may be familiar with some of them for Arsene Lupin is now out of copyright and in the public domain. It begins with “The Arrest of Arsene Lupin” which was Leblanc’s first story published in 1905. It features a woman whom Lupin befriends and the hint of a nascent romance and budding relationship almost makes you wish she will appear again for Lupin is formally arrested soon thereafter by his arch-enemy Inspector Ganimard. And she does, in the last story, possibly the best in this collection.

In between, we have some excellent stories, “The Escape of Arsene Lupin”, “The Queen’s Necklace”, “The Seven of Hearts”, “The Black Pearl” and “Madame Imbert’s Safe” the only instance where Lupin is outwitted!

As Arsene Lupin was written as the French response to the Sherlock Holmes stories, Leblanc was the first to acknowledge the great debt he owed Conan Doyle, and on the latter’s death, paid glowing tributes to him. His finest tribute was to have Holmes appear in five of his stories, “Sherlock Holmes Arrives Too Late”, “The Blonde Lady”, “The Jewish Lamp”, “The Hollow Needle” and “813”. In “813”, Holmes makes an appearance marked by an “absence”. Lupin and Holmes do not meet in this story. Holmes is consulted by Kaiser Wilhelm to find some documents but fails to do so even after four days but Lupin succeeds in 24 hours! Holmes’s name too is changed to Herlock Sholmes after objections from Conan Doyle’s estate.

In a final twist of irony and perhaps acknowledging his debt to Conan Doyle, Leblanc named his dog Sherlock and after his death, his house became a museum “Le Clos Arsene Lupin”.