Books   22 Dec 2019  ‘Writing is a distillation of my insights, experiences’
Books

‘Writing is a distillation of my insights, experiences’

Shuma, who is an avid trendspotter, whether in politics or culture, has decided to explore modern love in her new book. 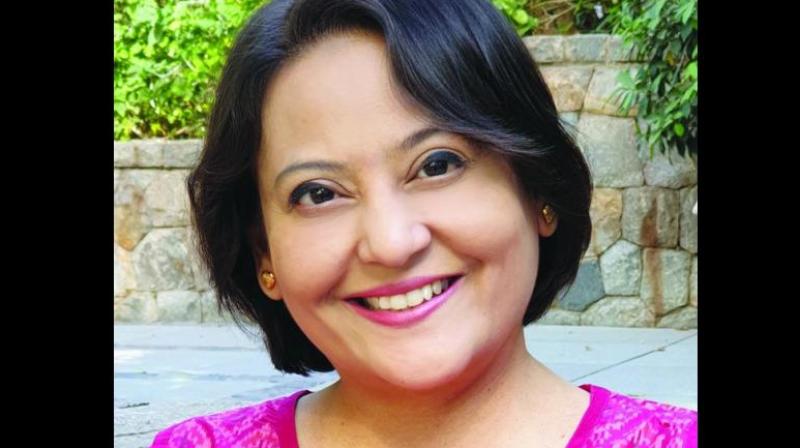 SHUMA RAHA’s second book and first novel — The Swap — has just been published. A journalist who lives and works in Delhi, Shuma, who is an avid trendspotter, whether in politics or culture, has decided to explore modern love in her new book.

What set you off writing on the unusual subject of swapping?
I wanted to write a novel about modern relationships, especially the complexities of married relationships, and the way marriages often become stagnant and stultifying, leading one or both spouses to stray. Around this time, someone happened to mention that swapping (a practice where couples sleep with each other’s partners) was surprisingly common in urban India. I did a bit of digging — my journalistic avatar came into play here — and found that this was true. That’s when I thought that maybe I could weave my story about modern love and modern relationships around the subject of swapping.

Q Why did you set your story in Delhi instead of the other Indian metropolises? Is the swapping scene not all that active in other cities?
I chose to set my story in Delhi because I wanted to portray a section of the city’s affluent upper middle class society. So ‘The Swap’ is also a social novel, a novel of manners, as it were, with a fair bit of satire thrown in. As for whether swapping happens in other cities, sure it does. Many couples want a break from the monotony of their marriage. Some may have affairs. Some may swap partners — although, swapping, or swinging, as it is also called, is obviously a bigger taboo and very few people admit to doing it.

When and where did the practice first originate in the modern world?
I couldn’t say. I haven’t found any substantive information on that.

Your fiction is both racy and realistic, and just a little bit voyeuristic in terms of how you draw this superb portrait of the urban middle class milieu living in its safe, pleasure-seeking, sometimes-cliche-infested, airtight bubble. Do you think being a voyeur is natural to being a journalist? Given that new journalism is all about taking an informed view and side, and not only witnessing but also inhabiting the story.
I would call my fiction observant, rather than voyeuristic. I think I am a pretty good observer of people and the way they act and react. And whether you’re a writer or a journalist, your power of observation is all important. So, yes, being an observer is part and parcel of being a journalist. But in my view, there’s no “old” or “new” journalism. I think there’s only one kind of journalism — that which is honest and unbiased. Which is why, as a journalist, I try not to “inhabit” the story, because I don’t want my persona and my views to intrude into the facts I am reporting. However, as a writer of fiction, I do inhabit my story because what I am writing is a distillation of my imagination and experiences.

I also noticed as a reader how Priya's social interactions happen in her husband Akash’s friends’ circle even though she is autonomous and a stronger character than Akash. Is it patriarchy at work?
Certainly. I have seen that though many women are financially independent, they tend to be socially dependent on their male partners. We tend to socialise more with their friends and relatives than with ours. It happens very smoothly and organically, but it happens nonetheless. Patriarchy isn’t always on the nose — it also works in insidious ways.

Tell me how and why you enjoy writing.
I enjoy writing because it gives me a sense of fulfilment. There’s nothing to beat the feeling you get after you’ve done a piece of writing that is mostly to your satisfaction.

What are you working on at the moment?
I am working on a couple of ideas for another novel.

The Swap will be turned into a web series. Are you excited or are you apprehensive about the way it might be adapted.
Oh, I am tremendously excited. I know writers are often unhappy with the screen adaptations of their books. However, my story has been picked up by a notable Bollywood production house. I’m pretty sure they will make it a riveting watch.