Books   22 Dec 2019  Slim, fearless novel takes on the anomie of our times
Books

Slim, fearless novel takes on the anomie of our times

Each character gets a “soliloquy” in their voice, only one. 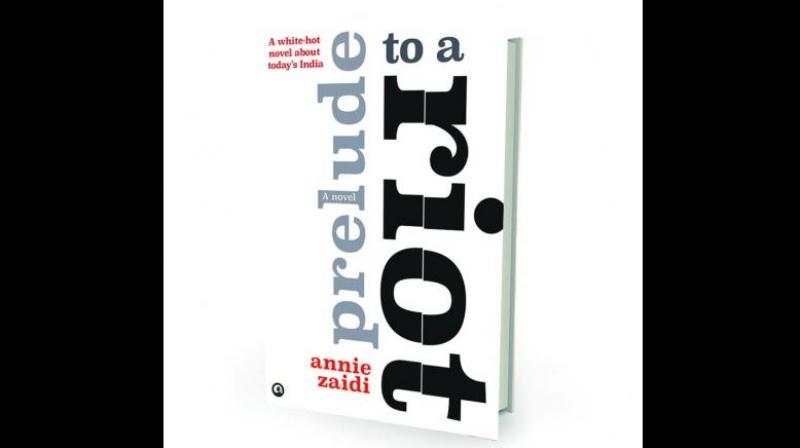 Prelude to a Riot By Annie Zaidi Aleph, Rs 499

Annie Zaidi’s sophisticated if slim little novel, Prelude to a Riot, is set in an unnamed town in south India, whichis undergoing a series of silent, seismic shifts, as the AI-enabled, WhatsApp Group-amplified era of hyper-partisan identity politics, the bane of our times, unfurls its tentacles.

On the face of things, it is a peaceful town, picturesque even, touristy, surrounded by lush plantations where coffee, pepper and cashew grow in abandon,where the homestays are full of city-slickers looking to reconnect with nature while eating organic pork, getting massages and updating Instagram. Underpinning the idyll, however, is a battery of overworked and underpaid contracted labourers, migrants from the east, from across the border likely, who the local landowners exploit and despise in equal measure.

The town, the true protagonist in this novel, has been home to its dramatis personae — who Zaidi lists out before the novel opens much like a play — for hundreds of years. They belong mostly to two local landowning families, one Muslim, one Hindu. There is Dada, whose grandson Abu is a scholar in a university far away, utterly disinterested in the estate, while his granddaughter, the school-going Fareeda, is a sassy tomboy who hopes to run it someday. And then there is gun-loving, beer-swilling Appa, whose son Vinny is the model offspring in a poisonous and feudal sort of way, always ready to bandy about the views of the “Self-Respect” forum, a toxic organisation that has become far too vocal of late. Vinny’s sister, Devaki, arguably the most likeable character in the novel, has been at war with Appa for years, defying him to marry Saju, who doesn’t belong to their “martial” caste. Saju, Devaki and Abu were best friends in college, and yet, now, only a few years after her dramatic rebellion, Devaki finds Saju co-opted into the hateful politics of her clan, while Abu, on holiday from university, remains the only one she can truly talk to.

In my head, this town is Madikeri, located in the lush Kodagu Valley, but the author has deliberately kept it vague, so we know that bar the specific cultural and historical references, this could be any town in India. 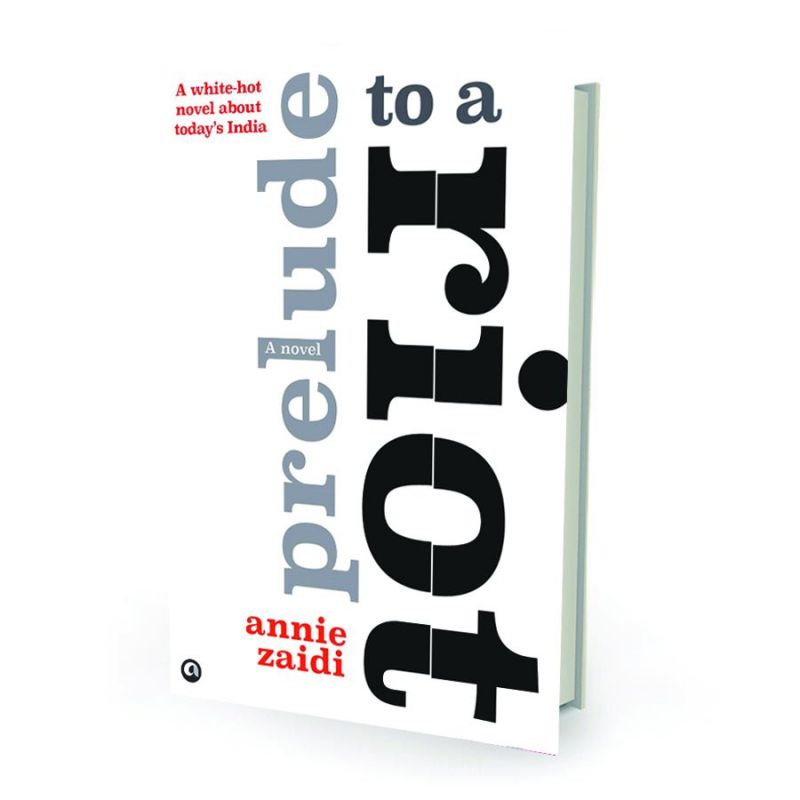 One of the standard rules we work with, in criticism, is that a story — any story — can never be divorced from the form that is used to convey it, the impact of the story inseparable from the felicity with which it is told. And it is in this context that Zaidi’s narrative experiment is as exciting as it is timely. In an age when violence is so endemic to our life, when every lynching, every riot, every rape provides grist to the outrage industry for a day or so, before the next one takes over, how might one frame the chilling story of bigotry and rage and misplaced historical angst so it might actually cut through the frozen terrain of our inured emotions and reach the marrow in our bones?

Well, Prelude to a Riot offers an answer.

Each character gets a “soliloquy” in their voice, only one. Whether Devaki or Vinny or his wife Bavna, or Abu, Saju or Mommad, the contract worker who often resorts to his favourite actor’s filmi lines to say things that are most important to him, each one gets only one act to tell their version of things, while also taking the narrative forward. We see the shifts in the city and the shards of the shattered town that was once whole — if only for five minutes in the past – through the shifting perspectives of this revolving door of dramatis personae. Leavening the soliloquys are clever little instruments: Garuda Sir, an irreverent history teacher who provides the chorus of sanity even though he is aware of his own gradual irrelevance; various newspaper articles; an anonymous poem or two; letters to the editor. Together, the composite tells the story of the town better than a traditional realist epic might have, while simultaneously rendering the riot both unnecessary and inevitable to the scheme of things. The Prelude is far more chilling in its familiarity, in its claustrophobic smallness, than the excesses of the riot could have been. While one may argue that perhaps several of the characters are not rounded enough, as they would have been had the writer chosen to stay with them long enough, as in a traditional novel, the self-limiting structure of the novel is precisely what makes it such a fascinating — if dark — reading experience.