In these stories you come face to face with post-traumatic disorders: disorientation, hallucination and relentless insomnia 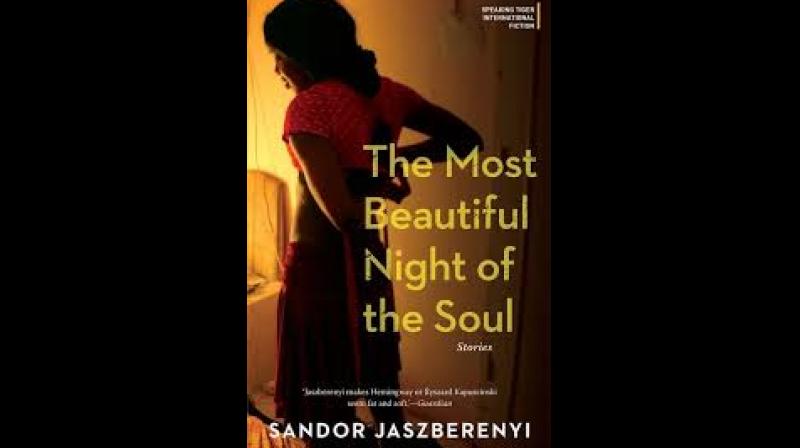 Seeking the truth is not easy in any circumstances – least of all in the midst of war and chaos. Pick up this book of stories based on the experiences of a European war correspondent in the Middle-East, only if you have a strong mental constitution.

There is an abundance of blood and gore, of saliva and alcohol, of sex and drugs, of gunshots and explosions and easy killings. The images are such that a sensitive reader will be driven to tears or filled with nausea and bile – a rocket-struck school with bent jungle gyms, roasted cars, abandoned toys, a dead pet dog and blood everywhere. A Jewish reporter cannot bear to hear Jewish songs or even the Jewish national anthem and he is called a “self-hating Jew” as is the Hungarian reporter with him. In another story the journalist is irritated by Christmas because he sees no signs of Christ having saved the world.

The Hungarian photo-journalist is a master story teller. He has a fortune on his head as have other foreign journalists. He is no less than a frontier soldier and is in close proximity with death, round the clock. Even inside a popular restaurant where people are dining and chatting, violence hangs heavy in the air. Even when he is driving on a busy city road, he knows that death is not very far away. The thick, black, greasy smoke curling upward in the distance signals destruction and the erasure of life. It is horrific to imagine whole Bedouin villages being obliterated in mudslides but even more horrifying is the thought of “five-hundred-dollar stone age Palestinian rockets being knocked out by thirty thousand-dollar Israeli missiles”.

Contrasts are sharply drawn, creating a sinister environment. While battle is raging without, in the Gaza Strip, the Waldorf Astoria in Jerusalem with its Art Noveau clocks, plasma television sets and bath-tubs for two, is full of quite obscene luxuries. One minute a group of reporters are mourning the loss of an old buddy and the next they are eyeing his vacant position, his expensive camera and even his grief-stricken girlfriend. An expensive electronic toy is pulled out of a dead soldier’s backpack to be given to a child who is waiting for his soldier-dad to return home with a Robodog which is the current craze among children. Post-death opportunities are many.

Diversity is to be found in plenty. There are atheist Marxists, intensely religious Sunnis, Shiites and Yazdis who worshipped the peacock. There are cheap Chinese rifles and American ones that had been left behind and there are Russian-made vests. But “in the Kingdom of God there is no room for infidels”. The Isis is hated by many and the Peshmerga fiercely defend their part of Kurdistan. When you read the story of the trial of an Isis teenager, your emotions will experience a roller-coaster ride and your heart won’t stop beating even after you reach the unexpected ending. You realise the truth of the words that ‘no feeling is final’.

In these stories you come face to face with post-traumatic disorders: disorientation, hallucination and relentless insomnia. Drugs help up to a point but they cause damage too. The prostitutes who help to forget and de-stress, are portrayed with both skill and tenderness. Their raw physicality is graphically and pleasingly described and then suddenly and shockingly the practice of female genital mutilation is brought home to the reader.

Death is all-pervasive in these stories. The heaps of bodies and the mass graves remind the reader of the harsh truth that ‘a single death is a tragedy but a million deaths are a statistic’. It is fitting that in the last poignant story a little boy tries his best to chase death away. The question that haunts the reader throughout, is that why a man should bear so much suffering just to be able to take some pictures.

Each one of these twelve stories manages to generate an astonishing range of feelings in the reader and this is probably why they make such compelling reading.