Book review: The poignant record of an era gone by

Books have indeed been written about the end of British colonialism and the start of an independent new world. 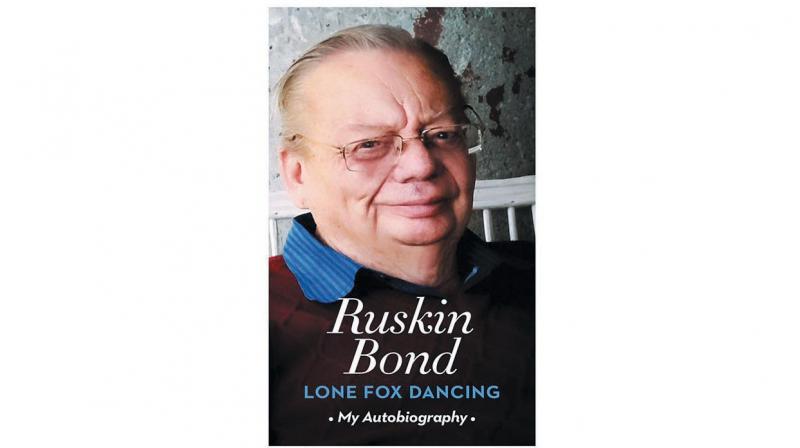 A record of times gone by”, writes Ruskin Bond in the introduction to his unputdownable autobiography as it brings to life an era that is being fast forgotten. For the rapidly declining number of us who were growing up around the same time as he was, it is a brilliantly evocative  account of the end of one era and the beginning of a new one.

Books have indeed been written about the end of British colonialism and the start of an independent new world but most of those writings deal with the top-level British and Indians — the wealthy, upper-class bureaucrats and politicians, but very few recount what the ordinary, average Britisher in India experienced at the end of such a historic moment.

Ruskin Bond’s was a very lonely growing up after his adored father passed away when he was ten years old and his mother had married an Indian and gone her own way… A deeply poignant moment is when he takes the train from school in Simla to go to his mother in Dehra Dun; no one is at the station to meet the devastated ten year old. He managed to get a tonga and get to his stiff and unwelcoming grandmother’s house. It is difficult to believe that such a thing could happen, but happen it did. And many more such incidents filled the life of this lost and lonely child.

His mother and Indian stepfather did take care of him but he never felt at home in their home. Boarding school in one of the best schools in Simla — Bishop Cotton — brought some companionship but loneliness was already ingrained into him and it was in his writings that he expressed his feelings about his life and the world around him.

India was home and yet he was alone, England was never something that attracted him and though, as a 17 year-old he did go and spend four years in London, at heart was the determination and the conviction that he would return “home” to India. And return he did. To very little money as he sought no job but was determined to write even though he could only earn a pittance for articles written here and there, while working single-mindedly on books he wanted to write. His mother and stepfather gave him the barsati of their house where he could gaze at nature and write his articles and work on ideas for books. It was only after his first book “Room on the Roof” was published in 1957 when he was in his early 20s, that life began to take a positive turn.The people he encountered, the kind of relationships he had with them, open new worlds that bear no relationship to the few writings — by Britishers or Indians — writing during, or about, that era. Lonely, broke British women who did not want to shift to England and preferred to live alone in India on 40 to 50 rupees a month, his stepfather’s first – Indian – wife who gave Ruskin Bond a room to stay in on a tiny rent but looked after him a little – incidents and people one never encountered in the fiction or real life stories of that era. The well-off British colonialists who had figured in the stories of that bygone era, were a lofty lot who still considered themselves masters even though the British had ceded India back to India. They chose to return to England but the less well-off stayed on, living on the edge, surviving on a pittance, but nonetheless unwilling to go back to England which they no longer considered home. Mostly alone, looked after by maids and cooks, they still preferred to stay on in the new India. The book provides fascinating insights into the kind of low level British who have rarely been written about.

Memories of growing up in immediate post-colonial India come rushing back through the pages of Ruskin Bond’s book, even though it is a totally different world to what one encountered in the privileged environment one grew up in. Ruskin Bond’s own life is an eye-opener to another India of that historic era. How he chose to live his life, his total acceptance of the new emerging India, the path of solitude he chose to tread with his love for birds and trees and flowers — and the mountains; his commitment to writing, to the local people he came across and made friends with, to ultimately the peace he found in Landour in Mussoorie where he has lived happily with his adopted Indian family of local people. It is an astonishing saga of an exceptional being, providing simultaneously insights into another aspect of our once upon a time colonial masters. The evocative title of the book comes from a poem he wrote when he moved to his final decision when he was not yet 30 years old — Mussoorie:
As I walked home last night
I saw a lone fox dancing
In the bright moonlight
I stood and watched,
Then took the low road, knowing
The night was his by right.
Sometimes, when words ring true,
I’m like a lone fox dancing
In the morning dew.

It was in Mussoorie that he finally found his adopted Indian family and came home.