The heart of the book is gripping not on account of any juicy, lazy gossip about key people 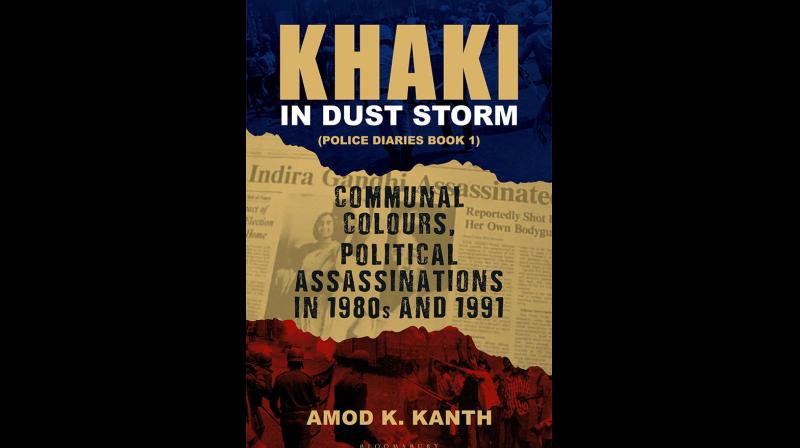 Retired senior officials in India have been, on the whole, shy to write about what they saw and did in their work lives. There is always the difficulty about how much to reveal. Social, political, national sensitivities live long and do not necessarily fade away when an officer retires. Then there is the Official Secrets Act. Writing must be careful in the extreme if it’s not going to be all puff. So, most don’t bother. It is too much trouble even if they could summon the energy once they’ve been there, done that.

Amod Kanth, among the most remarkable Indian Police Service (IPS) officers of his generation, appears to be a clear exception to the rule. In fact, he has written this book in part to inform the public. He believes, he says, that people ought to know.

This is healthy acknowledgment that in a democracy  the apparatus of the state is run in the name of the people, based on tax money they provide, and the burdens they must bear when governance goes haywire, as is frequently the case in this country. In fact, this volume is sub-titled ‘Police Diaries Book 1’. So, there is more to follow. In the main, the observations below derive from that expectation.

The heart of the book is gripping. This is not on account of any juicy, lazy gossip about key people but because the book reveals what dedicated police work can do — and no less what it takes to make police work dedicated. This is especially the case in the backdrop of shortage of resources and manpower, to say nothing of political interference. These are a given in the Indian situation.

Kanth was the young officer who, first as Deputy Commissioner of Police of the Central District in the Union Territory of Delhi and subsequently as Deputy Commissioner, Crime and Railways, in the national capital, overcame these handicaps and led the police with courage and distinction. He had his share of luck. He had some great bosses, such as M.B. Kaushal, Vijay Karan and Ved Marwah, whose personality and guidance are unstintingly acknowledged in these pages along with the shining qualities of some individuals who reported to the protagonist in this chronicle.

“May you live in interesting times” is said to be a Chinese curse. The decade of the early1980s to the early 1990s was just that sort of a time in India, especially in the national capital and the north of the country. The story began with the Khalistan movement in Punjab. This book deals with its blowback which burnt Delhi, leading to one crime wave after another at the vortex of which was the author of the present volume as a young police officer — armed with common sense, integrity and a sense of duty.

When Prime Minister Indira Gandhi was shot dead by her police bodyguards in 1984, medieval era-style mayhem broke out in the nation’s capital, as this reviewer was witness. Anti-Sikh riots broke out. Thousands were killed. In certain cases, young Sikhs sought to take revenge and this took the form of terrorist actions. Delhi Police was found unequal to the task. It was overwhelmed by the enormity of the tide. It lacked resources, didn’t have specialised training, and there weren’t enough police. And — it is important to say this — large sections of the police force had turned communal and callous. Thus, in many cases, the victims just burned.

But, in Kanth’s neutral telling, in the Central district where he was in charge, the situation was somehow managed better — with boldness and dedication The way it is told, it is an absorbing story. After the riots came the retribution in the form of terrorism, and Kanth was the leader for all of Delhi in these investigations and operations, not just for a part of the great and growing city which is medieval and modern in parts all of the time, and for that reason poses special challenges to the administrator and the cop.

High profile assassinations were par for the course in that Delhi, and spraying of bullets by car-borne terrorists killing innocent civilians was something that was known to happen. In the centre of that story stood the author of this book. He has won a gallantry award on the recommendation of the Army (which motivated parties tried to traduce but the judiciary upheld it), and earned kudos. Later, while doing a stint in CBI, he was the head of the investigation in the Special Investigation Team created to crack the mysteries in the Rajiv Gandhi assassination case. The mission was accomplished in record time.

Some of these tales, based purely on what’s presented here, can make a motion picture. But being a special kind of cop is part of Kanth. He has also done pioneering work in the field of child rights for as long as he has done policing. May be, that is another volume. Tidier editing and differently constructed editorial design and conception could have helped sharpen the focus.