Fine arts and the creative role of serendipity

And as it turns out, the Serendipity Arts Festival that opened in Goa this week amply confirmed that belief in the word's inherent etymology. 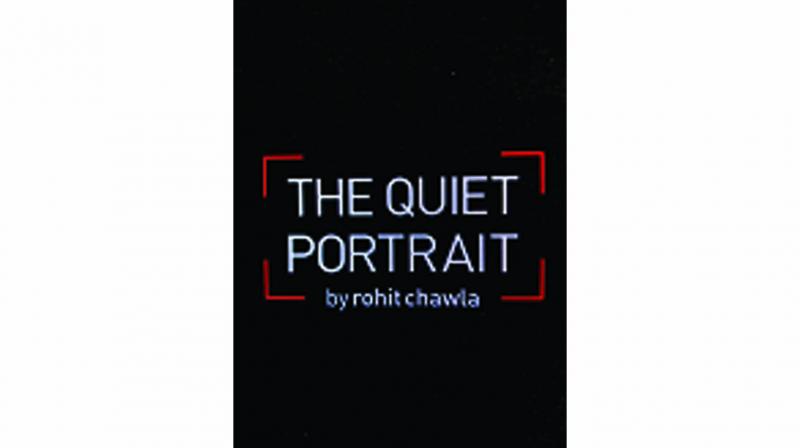 The lexical definition of ‘serendipity’ is “the occurrence and development of events by chance in a happy or beneficial way”.  The word origin goes back to 1754, “coined by Horace Walpole, suggested by The Three Princes of Serendip, the title of a fairy tale in which the heroes ‘were always making discoveries, by accidents and sagacity, of things they were not in quest of’.” And as it turns out, the Serendipity Arts Festival that opened in Goa this week amply confirmed that belief in the word's inherent etymology.

Sergio Santimano’s powerful photojournalism of the Indian diasporic Portuguese-speaking communities from Goa and Mozambique finds vivid articulation in the bilingual multi-genre exhibition/publication, Legado/Legacy (Kulungwana). The photographs act as reportage, as micro-stories, told through varied lenses. Calane da Silva, tracing its “luminous legacy” begins his foreword with the provocation: “How should we speak of Light? What marvellous energy this is… Light is the Word that inhabits us, the Primal Verb, Progress and Civilisation. It is all that gives Life, and gives Life its vibrancy and colour.” The photographs, both mono and multichrome, have a grainy real-world feel, a family-album like quality. Here are some snapshots below:

A woman in a gold-bordered sari, after attending a family wedding, is homebound on a ferry. She has forgotten her pink bag on the pink plastic seat of the deck. Memories left behind carelessly only to emerge later as black-and-white framed fragments on bromide paper, darkened by time. A table in an unknown house is ready for a Christian communion. A parrot keeps guard, as does an alert bright-eyed white cat on a bannister, in a dimly lit, old, turquoise-blue Goan villa.

Santimano carried his old family portrait with him — Lambert Mascarenhas, a local 103-year old freedom fighter, holds up his own youthful photograph as a 30 year-old — both images are aged, sepia-faded. In another frame: At a village pond, two children fill their pink-blue-green round containers with water to take back to their hutments — only expanding ripples are left behind charting their presence. A black-yellow Ambassador taxi remains permanently parked on the green undergrowth of the coastal woods — as its driver holds out the spice-rack for you to choose your own flavour. The fisher-folk have returned home after their catch — and one, a teak-toned strong-limbed youth stands tall, his feet enmeshed in the dense red fishing nets. At sunset, a white cat, perched on a backlit windowsill of another home, waits for the rays to fill up the empty pails with light and more memories. A repository of unchoreographed sequences, a freeze-frame — a living Legado/Legacy on shape-shifting maps.

Rohit Chawla, the Delhi/Goa-based photographer, in a wonderful presentation — showed a wide range of photographs, mostly black-and-white, from his soon-to-be published book, The Quiet Portrait (HarperCollins). In a softly engaging conversation with writer/psychoanalyst, Amrita Narayanan, he said, “An artist in his studio is an image of solemn symmetry. The studio is a sacred space where stillness, solitude and movement exist in harmony… Here the artist is a work of art himself.”

The stunning box-frame ‘Eyes Wide Shut’ compositions with their high-intensity black tone graininess shows Chawla’s uniquely intimate association with his subjects — writers, artists, thinkers, politicians and celebrities. Whether it is the brilliantly set-up unshaven Vikram Seth holding a slate with the white-chalked inscription ‘I am a Criminal’ alluding to Article 377 (which won many awards as an India Today cover); or to Ai Weiwei in a “staged commission” with the slanting sharp low light illuminating the “eyes wide shut” of the Chinese dissident in Lesbos — the frame mimicking the famous photograph of the Syrian child washed ashore after the boat his family and others who were trying to immigrate to Europe sunk in the Mediterranean.

One of my favourite Chawla image is a remarkable ‘diptych’ of Atul Dodiya — not a traditionally paired diptych, but one frame with the artist facing himself in two different poses in two different settings in the same room. Another one using a similar trope also features Atul Dodiya (a tribute to Bhupen Khakhar) —with him and wife Anju looking at each other, backdrop set against the Belgian surrealist Rene Magritte's painting. This one, like many others, bearing Rohit Chawla’s inimitable signature — is remarkable for its visual strength and multiple narratives, for its use of mise-en-scene, white space, and a layered “lenticular approach”.

‘Look Outside the House’ “engages with the deeply political and vivid nature of the entrepreneurial spirit. None of the projects present here are speculative”. In a deeply moving installation, ‘Spacial Constructions of Kamathipura’ — we see the eponymous red light district in the heart of space-starved Mumbai. “To combat lack of space, sex workers have designed compact bunk bed structures, where they live and service customers. By converting their tiny” plyboard-separated rooms into industrial, factory like spaces, the sex worker's intention is to diminish the undesirable romanticism attached to prostitution and present it simply as a business transaction. Naked bulbs hang from the ceiling, miniscule exhaust-fans drive out unpleasant air, thin ragged mattresses cover the floors, and entrances veiled by brightly printed curtains are designed lure people in (or perhaps add an ironic colour splash amid the bleak dreariness) — there is grit and power in the simplicity of presentation and urgent articulation.

An allied theme was the exhibition of the magazine taken out by the sex workers of Chatarbhuj Stan in Muzaffarpur, an innovative project in the form of a handmade-handwritten literary magazine, Jugnu (started as a six-page booklet), which soon found wide vernacular readership in three districts. Initiated by Naseema Khatoon, a sex worker, this publishing venture containing poetry, fiction, non-fiction, drawings, art, empowered and gave voice to the women in the community.

Amruta Patil’s graphic novel, Kari, was a spectacular debut, making her “India’s first female graphic novelist”. She followed up with Adi Parva and Sauptik. In her latest, Aranyaka (with Devdutt Pattanaik), she focuses on the idea of darshan and that of ‘shared gaze’. In a wonderfully engaging talk, she remarked, “Good stories survive when they are aerated” — alluding to her notion that rather than “hijacking the original text” for agenda-driven affectations, she chooses to opt for “minor course corrections”, “minute subversions”, to subtly shift focus and alter traditional points-of-view vis-a-vis the Indian epics.

Patil’s detailed series of paintings in the ‘Altar’ exhibition span her entire oeuvre — revealing her art is not just contained within the Indian traditions, but borrows from other
cultures making it simultaneously rooted in folk culture, local, cosmopolitan and global. Whether it is an inward-gazing “grey” period in Kari — to the “blue” period of fictionalised biography in Adi Parva and Sauptik — to using an “unexpected sutradhar” in the exuberant colour-filled frames in Aranyaka — both her art and writing remain highly individual, sharp, urgent, organic and beautifully creative. Her work also successfully contends with issues of feminism, poly-sexuality, eco-criticism, Vedic thought, prakriti, “hierarchy of wisdom” and the idea of ‘serendipity’.

Interestingly, ‘serendipity’ according to Deepak Chopra in Synchrodestiny: Harnessing the Infinite Power of Coincidence to Create Miracles alludes to “the coincidences or little miracles that happen every day of your life are hints that the universe has much bigger plans for you than you ever dreamed of for yourself”.