Real life has no logic, I know. But good fiction does, and I found very little logic in the telling of this story. 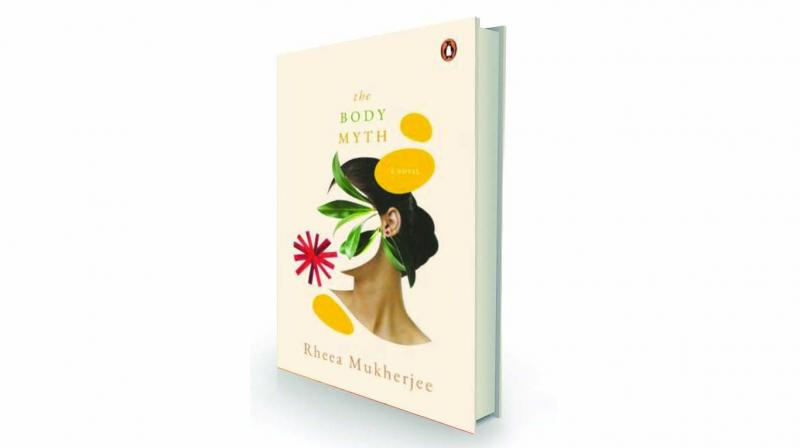 Here are a couple of things I like about Rheea Mukherjee’s The Body Myth. First: The story deals with mental illness. There's depression, and there's a particularly pernicious kind of hypochondria, neither of which is often seen in fiction originally published in India. While ensuring the book will never be classified as ‘a fun read’, this is something that sorely needs discussion in this country.

The Body Myth is about Mira. Mira who was widowed just seven months into her marriage, who broke down after her husband's unexpected death and was sent to a psychiatric rehabilitation centre to recover, whose mother had been clinically depressed till the day she died, and who is close to her father, but not close enough to ask why her mother died in circumstances only whispered about.

Now out of the farm, as she calls the rehab centre, Mira teaches literature at a high end school, based on the European existential novels she buried herself in after her breakdown. She lives alone, takes care of herself, is to all intents and purposes living, but the even tone of her life hides the clinical depression that has not really been cured.

Out for a walk one afternoon, Mira comes across a stunning woman sitting on a park bench. The woman looks around, has a seizure, and is revived by her husband and Mira. This woman is Sara, and she and her husband Rahil draw Mira deep into their lives right from that moment. And over the next few months, everything changes for every one of these three.

What’s everything? Well, it’s hard to explain without giving the whole story away. Sara has chronic illnesses. If it isn’t one thing, it’s another. She’s never been diagnosed properly, and no medications work, ever. She uses the tenets of Sufism to get herself though her painful life in a positive manner: her body is struggling to return her soul to the universe, she says, and she accepts this, though she still spends an inordinate amount of time with doctors.

If you were feeling unsympathetic to the characters in The Body Myth (as, let me warn you, you will every now and then), then you would probably see Rahil as Sara’s enabler. After all, rather than insist that she seek psychiatric help, it was he who told her that her soul was trying to return to the universe. He seems to exist purely to serve Sara when her body gives way, and why exactly (or even vaguely) he begins to hook up with Mira is a mystery to the reader — or at least to me.

Then there’s Mira herself who, on the strength of rushing to Sara’s aid that afternoon in the park, immerses herself in the lives of the couple. Mira falls in love with Sara, while wondering if Sara is simply a hypochondriac, and partners with Rahil in cocooning her, while questioning Rahil’s role in Sara’s illnesses. She even moves in with the couple, sharing their bed and sneaking to the guestroom in the early morning so the cook thinks nothing amiss. And then one day, Sara banishes Mira from their lives, and once again, everything changes.

I'm sure you can tell by the tone of my writing that I am far from enamoured of this book. I like the topics the author chose to focus on — as I said earlier, they require storytelling. But the topics sit so heavily on the storytelling that they smother it. By the end of the novel, the only way I actually understood what was going on was by re-reading the summary on the book jacket. Which told me that either I am incredibly dumb — which could be true, though I’d like to think not — or this was a manuscript that could have done with a lot more thought before it went to press.

Real life has no logic, I know. But good fiction does, and I found very little logic in the telling of this story. How could Mira simply leap into the lives of a completely random couple, and how could Sara and Rahil immediately make her their trusted third? Love or at least lust at first sight does exist, so I accept part of this, but trust? Trust takes quite a while to build — and especially when it comes to polyamory, a kind of relationship that needs to stay hidden in a country that isn't keen on even conventional consensual sex, leave alone a sexual relationship out of the ordinary.

Then, much later in the book, right at the end in fact, Sara is suddenly cured of all her illnesses — all. But how? And why? Was it to end the story? Was it because this book was originally much longer, and had to be severely hacked? I believe it could be the latter, because throughout the novel there are references to events that have nothing to do with the story as it exists in print. In fact the book even starts on a semi-magic realism note with a description of a fruit that grows only in the fictional Indian city in which The Body Myth is set. If this is an extended metaphor for something in the novel, I don't see how, and if it isn't, I don't see why it's there.

In fact, truthfully, I don’t see how this book could possibly exist in the way it does now. Yet, here it is. If you’re interested in what it has to say, read it at your own risk.