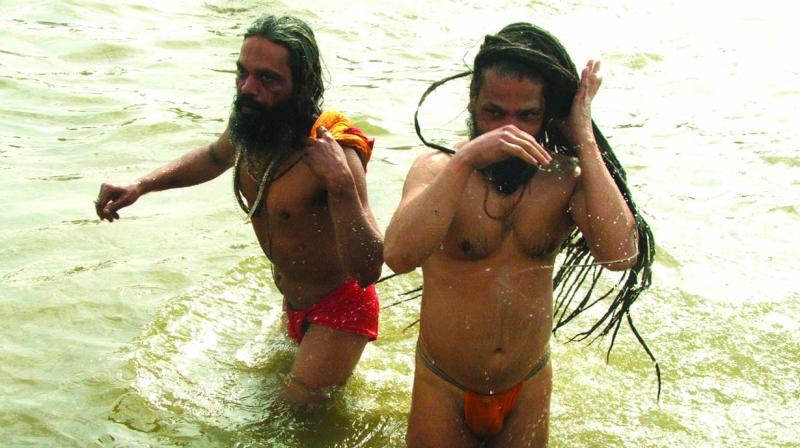 The numbers of India’s sadhus are falling. Many of the ‘Naga Sadhus’ at the Kumbh are fake, people paid to take part to bump up numbers. The Nagas know this and that is part of the reason for the anger with the forces that try to control them. (Photo: Biplab banerjee)

Ascetic Games is an in-depth look into the world of Hinduism’s most flamboyant “holy men”, the Naga Sadhus. They are integral to the Kumbh gatherings. They provide spectacle and inspire awe, with their nudity, their dreadlocks, their ash-covered bodies. But this journey is not into the esoteric, exotic, spiritual or the enlightened.

Instead, this is a well-documented research project into how the Hindutva rightwing, the RSS and the VHP, managed to infiltrate the akharas of North India through the Kumbh and use these “sadhus” and holy men to further their political ambitions. Dhirendra Jha lays bare how power and money keep religious fires burning for political dividends.

We begin in Ayodhya, the “battleground” for the birthplace of Lord Ram, and the demand for a Ram temple that culminated in the destruction of the Babri Masjid in 1992. The run up to the success of the demolition plan, as far as the RSS was concerned, lay in Ayodhya. The effort to control the Akharas, the organisations of wrestler-sadhus, was seen as crucial. To that end, the Vishwa Hindu Parishad worked hard and long, over decades, to ensure that when the time came, they had enough religious “might”, literal and metaphorical, on their side. 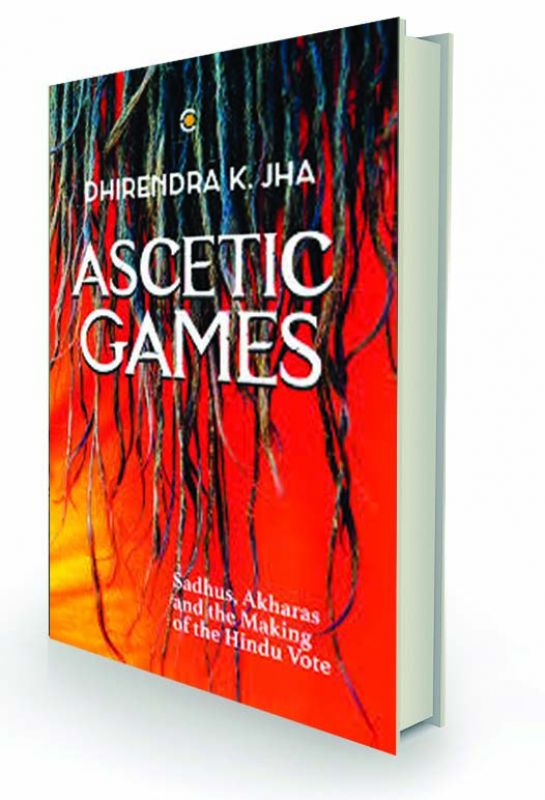 The politics that governs these Akharas, named after wrestling rings, is exposed in great detail, sometimes perhaps eye-wateringly too much. But even so, the ways in which these groups function, the extent to which they go to gain control — murder, violence bribery, chicanery — puts paid to any innocent notions the reader may have about the higher reaches of religious thought.

Jha has done extensive interviews over the years of researching this book, and the voices of the protagonists and perpetrators themselves give additional heft to the text. The manner in which Gyan Das of Hanuman Garhi, the most powerful of the Ayodhya mahants, was cut down to size by the VHP is a tale worthy of the best that the medieval times can offer. Gyan Das was influential beyond the world of Akharas. Because he resisted the RSS-VHP claims on the Ram Temple, he became a strong voice in the movement which opposed the demolition of the Babri Masjid by the Sangh Parivar. This reviewer met him in 1998, when he was still at his peak and his antipathy to the RSS-BJP-VHP was in plain view.

It took the Sangh Parivar decades, but they did it. And as Jha’s story unfolds, it is evident how cleverly and stealthily the Hindutva movement placed its people in positions all over the world of akharas and holy men. It is not that other political movements did not try. Jha finds that Mahatma Gandhi was disillusioned by his visits to the Kumbh and by the “spirituality” of these sadhus and stayed away, although the freedom movement did benefit from the support of sadhus who wanted to be part of the fight for Independence.

From Ayodhya, Jha takes the reader to Kumbh and its colourful history. Amidst all the stories of wondrous sadhus performing imagination-defying feats is another tale of power and money. Of shifting loyalties and of extreme violence. The RSS-VHP stranglehold on Ayodhya, however, has not worked as successfully at Kumbh, according to Jha and all the adulteration and injection of upper caste Shankaracharyas and conmen pretending to be sadhus and holy men has not paid the correct dividends. For all the infiltration that the Akharas allowed, some areas and traditions are sacrosanct apparently and control of the Kumbh is one of them. Controversial characters like Radhe Ma and Nithyanand make their appearances here.

The story of Shivraj Giri and his Jamun tree dhooni in Haridwar is the most compelling of all of Jha’s characters. This is an insight into the mind of one man and why he chose to be a religious mendicant. Shivraj Giri is not political in his ambitions but the politics, money and violence which have infected his calling also invaded his own life and turned it upside down.

The numbers of India’s sadhus are falling, though. Many of the “Naga Sadhus” at the Kumbh are fake, people paid to take part to bump up numbers and keep the spectacle alive. The Nagas know this and that is part of the reason for the anger with the forces that try to control them. Although the RSS influence is massive, Jha’s conclusion is that it is not complete. There is strong resistance from within. How long that lasts is another matter.

The only criticism of this book is that sometimes there is too much detail into the nitty-gritty of chicanery, of the he-said, he-said, back and forth between warring factions. The occupational hazard of being a journalist perhaps.

For anyone interested in the politics of religion or in the strange world of India's ash-covered holy men, Ascetic Games is a must-read.